Annie Leibovitz is one of America’s best-known living artists and most celebrated photographers. She began her career as a staff photographer with rock music magazine Rolling Stone in 1970. At Vanity Fair, and later at Vogue, she developed a large body of work – portraits of actors, directors, writers, musicians, athletes, politicians and business figures, as well as fashion photographs – that expanded her collective portrait of contemporary life.

Annie Leibovitz’ photographs tell stories, they seem almost alive as they unfold under the eyes of the observer. Her photos are dynamic, and always to the point. She’s not a journalist but she uses journalism. She once said: “I realized I couldn’t be a journalist because I like to take a side, to have an opinion and a point of view; I liked to step across the imaginary boundary of the objective view that the journalist is supposed to have and be involved.” 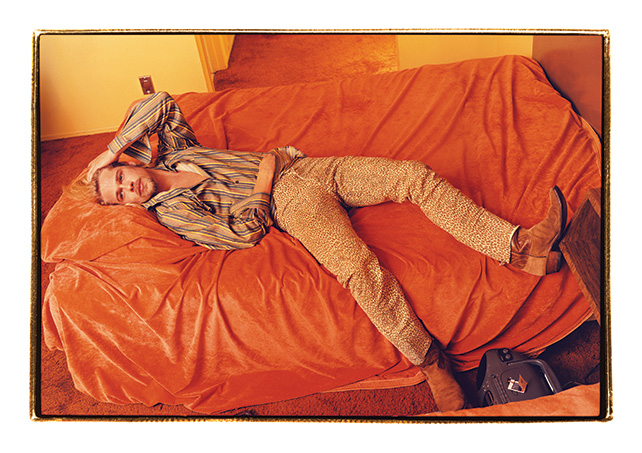 Featuring close to 200 photographs, the exhibition Annie Leibovitz A Photographer’s Life 1990 – 2005 provides a unified narrative of Annie Leibovitz’s private life against the backdrop of her public image. At the heart of the exhibition is the personal memoir of Annie Leibovitz, documenting a particular timeframe within her life, including the loss of close relations, birth and childhood of her three daughters, family vacations, reunions, and close friends.

“We are delighted to have the opportunity to showcase the work of one of the world’s most celebrated photographers at ArtScience Museum. The striking power of Annie’s photographs captures the essence of the subject in a unique and visceral fashion. ArtScience Museum is the perfect venue for an exhibition showcasing the art of such an iconic photographer whose works have captured significant milestones for many generations,” said Ms. Honor Harger, Executive Director, ArtScience Museum.

Portraits of well-known figures, including actors and artists such as Leonardo Di Caprio, Jamie Foxx, the pregnant Demi Moore, Scarlett Johansson, Nicole Kidman and Brad Pitt will be on display at the exhibition. Other featured images of Annie Leibovitz A Photographer’s Life 1990-2005 include Leibovitz’s reportage from the siege of Sarajevo in the 1990s and the election of Hillary Clinton to the US Senate. The exhibition will also showcase a series of landscapes taken in Monument Valley in the American West and in the Jordanian desert Wadi Rum.
A recipient of many honors, including the 2009 Centenary Medal from the Royal Photographic Society, London, and the 2012 Los Angeles Museum of Contemporary Art Award to Distinguished Women in the Arts, Leibovitz has been designated a Living Legend by the Library of Congress in Washington, DC.

This critically acclaimed exhibition opened in 2006 at the Brooklyn Museum in New York and has since appeared at the San Diego Museum of Art, the High Museum of Art in Atlanta, the Corcoran Gallery of Art in Washington, D.C., and the Legion of Honor in San Francisco. It has also toured museums in Paris, London, Berlin, Madrid, Vienna, Stockholm, Sydney, Moscow and St. Petersburg. Singapore is one of only two cities in Asia, after an appearance in Seoul to host the exhibition. Featuring 21 gallery spaces totaling 50,000 square feet, the boldly iconic lotus-inspired ArtScience Museum is the premier venue for major international touring exhibitions from the most renowned collections in the world.

References: fastcocreate.com (“Annie Leibovitz On Getting The Shot – And The Future Of Photography”); www.inspirationalstories.com