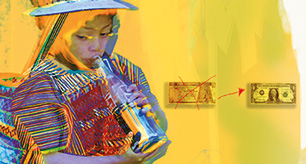 Globalisation has introduced quite some changes within the art world. Most recently, the world wide growth in international art exhibitions has provided the most obvious evidence of the radical changes which have been taking place in the global economies of contemporary art practice. Globalisation has, as in many other areas of social relations and endeavour, both homogenised and fragmented engagements with and responses to the ‘art world’. This has led to a kind of new, postmodern ‘International Style’ of works which, despite their differing quality, simply appear to be the same in any kind of location.

In response to this uniformity, many Biennials have recently sought to encourage a direct ‘engagement’ with the ‘cultural specifics’ of their location. The result of this has been, perhaps predictably, a kind of ‘parachute documentary art’ produced by artists willing to make lightening fast responses to the possibility of a financially rewarding brief. So, localisation isn’t the key, as people cannot benefit from an ingrown society either. 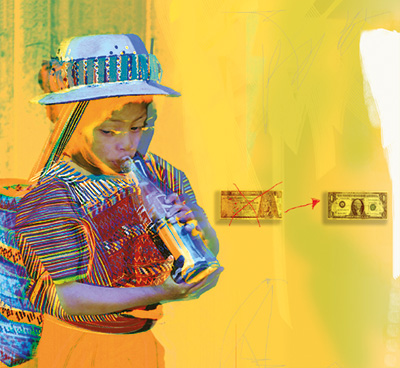 Cultural uniformity or adaptation does not develop in the same way everywhere; instead, western/global products are adopted, consumed, interpreted and integrated quite differently, depending on the local context. At an exhibition called “Identities versus Globalisation?”, featuring artists from the South-East- Asian region, the lesser-developed nations like Cambodia, Laos and Burma/Myanmar displayed art works rooted more traditionally and conceptually. The diverse styles of the respective pieces display an artistic coming of age within these countries, of standing on the threshold between traditional values and the wider globalized world. They also reflect a concern with respect to the potential multifaceted impacts globalisation will have on their cultures.

In contrast to this, the more affluent countries, those of Brunei, Malaysia, Singapore, and Thailand demonstrate an all-together more relaxed perspective on the issues in question. Artists desire the exciting benefits of international exchange, the free flow of ideas and the potential gains from new communication technologies. They take advantage of the opportunity to adopt new images and symbols, new media and forms of expression and assimilate them into their work.

Digital communication, particularly cyberspace, lays down a new geography existing outside of the dimensions of nationality. As a result of these responses, a process of increasing hybridization can be observed. This term describes the mingling and transformation of different traditions, styles and esthetics, from which new forms develop. Hybridization as such does not represent a new phenomenon; on the contrary, the development of culture is inconceivable without it.

Hybridization has always been an essential structural condition of social identity. Indeed there is nothing more authentic than hybridization; it is how biological life as well as consciousness is structured. Hybridization – or Multiculturalism – describes the structure of all identity formations, not an alternative identity, nor a historical, nor a new one. What is new, however, is the extent and speed of this mingling. 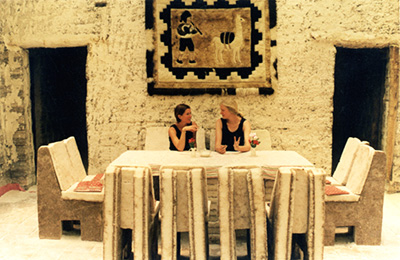 It is possible that globalisation is the new colonialism, because its forces have the potential to be allencompassing. This being so, it is vital that we are sensitive to every single shift it creates and not slip unquestioningly into a new internationalism, where we all share the same global catalogue of history and our individual cultural accent is neither evident nor important. Since we carry our cultural background with us as subconsciously as we speak in the accent of our mother tongue, there is no truthful expression through worldwide uniformity. Global exchange is enormously enriching but vigilance must be exercised to prevent a neutering of our deep-rooted cultural accents.

Art is a reflection of how we live, think and feel. It is a mirror through which society can see its image. Art can reflect social change as a peaceful, democratic, political platform from which to make public the difficulties of dissolving nations and the ensuing disorientation caused by dislocation – a dislocation often brought about by an imposed identity change or even by nonidentity.

It is the artist’s duty to open up the cracks and live and create from within them. Art can sensitise people to foreign cultures, it can awaken a consciousness of variety. Where economies collapse, politics explode, societies implode and geographies dissolve, our cultures are the voices of the instinct to survive, but they should not be the price that has to be paid in order to tell the tale of the survival.