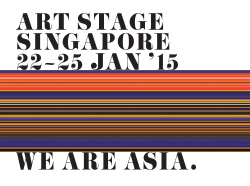 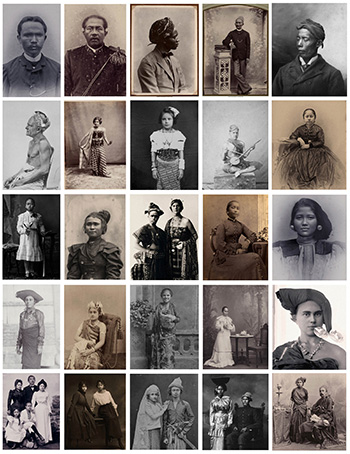 Art Stage Singapore has announced details of its fifth edition, which returns to Singapore from 22 to 25 January 2015 (Vernissage on 21 January) at the Marina Bay Sands Expo and Convention Centre. The flagship art fair of Southeast Asia, Art Stage Singapore kicks off the international annual visual arts calendar, connecting the world to the best of Asian and global contemporary art. Art Stage Singapore 2015 will feature 130 galleries (not inclusive of platform projects) from 29 countries. 49 new galleries will debut at Art Stage Singapore in 2015.

Several notable regional and international artists will be in attendance at the Fair. Among them will be celebrated collaborative duo, Gilbert & George whose works will be exhibited by ARNDT. Known for their belief ‘art for all’, Gilbert & George will be presenting a new work premiering at Art Stage Singapore 2015. Other artists who will be present at the Fair will be Hiroshi Senju, Renato Habulan and Guerrero Z. Habulan. Art Stage Singapore will also be the gathering point for many of Southeast Asia’s established artists.

In 2015, the Southeast Asia Platform exhibition titled Eagles Fly, Sheep Flock: Biographical Imprints -­ Artistic Practices in Southeast Asia returns with a curated sales exhibition of artworks by emerging and established artists from the region. Exhibited over an area of 1,000 square metres, the show will be curated by Singaporean curator, Khim Ong.

New to Art Stage Singapore 2015 will be the Russia Platform, Video Platform and Modern Platform. They will each be presented in a museum-­‐like exhibition layout.

Several artworks will be exhibited in the public areas of the fairground, promising visitors to the Fair artistic encounters beyond the exhibition booths and curated Platforms. The installation, Contours of a Rich Manoeuvre by Singaporean artist Suzann Victor will be suspended from the ceiling of the fair ground’s main aisle. Gilbert & George will create a new large-­‐scale work for the Fair, to be exhibited as part of the entrance of the VIP lounge. The installation Mystic Abode by Indian artist Paresh Maity will be presented while Columbian artist Fernando Botero’s monumental sculpture, Standing Woman, will welcome visitors at the entrance hall. The work of Portuguese artist Joana Vasconcelos, Tetris 17th Century, will be featured along the central aisle; and Imago Mundi by Indonesian artist Titarubi will be presented along the same aisle. Singaporean artists Zulkifle Mahmod will show his sound installation No Substance on the mezzanine level and Mike Chang will be commissioned to create the fair’s entrance artwork.