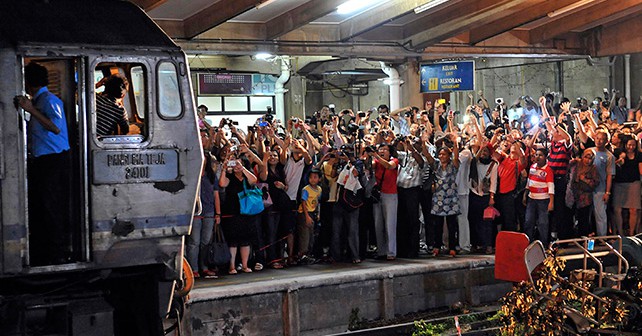 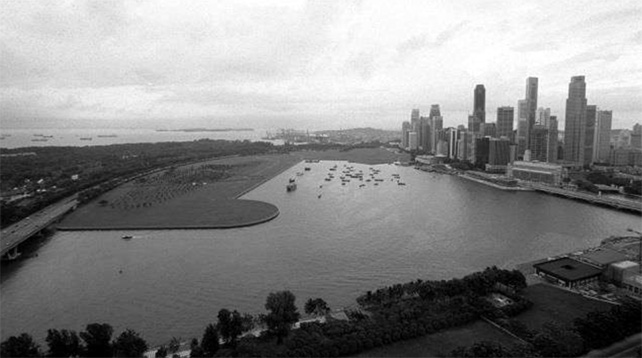 Then: A bird’s eye view of the central business district (CBD)
and the Singapore river taken from the Ritz-Carlton hotel on
29 July 2007. ST Photo: Steven Lee 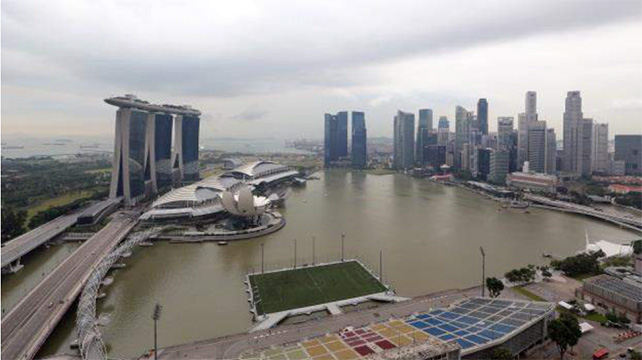 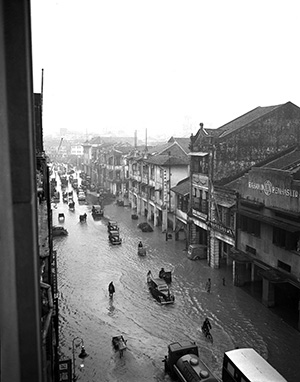 As part of its 170th anniversary, The Straits Times has collaborated with ArtScience Museum at Marina Bay Sands to unveil an exhibition that will chronicle the nation’s development through powerful images and stories. This will be the first exhibition co-curated by the museum that is free to the general public.

The exhibition Singapore STories: Then, Now, Tomorrow ‒ which is presented by main sponsor Capitaland ‒ will open on 17 July and run throughout Singapore’s Golden Jubilee celebrations in August, ending on 4 October 2015. The opening hours of the exhibition are from 10am to 7pm daily.

Standard Chartered Bank, which opened its first branch in Singapore in 1859, has also come onboard as a second sponsor for the exhibition.

The crowd cheering and clicking their cameras as the engine for the 2nd last arriving
Malayan Railway (KTM) train pulled into the Tanjong Pagar Railway station on 30 June 2011, which is the
last day of operation for the station. From 1 July 2011, the trains will start and end their journeys at
Woodlands Train Checkpoint in the north. ST Photo: Raj Nadarajan

Singapore STories is told through the pages of Singapore’s oldest English-language daily newspaper The Straits Times. The exhibition will feature hundreds of The Straits Times front-page stories, headlines and photographs that capture pivotal and piquant moments in Singapore. The newspaper has also unlocked its archive that dates back to 15 July 1845 when it was first published to showcase never-before-seen photographs in the exhibition.

This story of Singapore’s beginnings, struggles and triumphs will unfold across six galleries in the exhibition. The themes of the galleries mirror the core segments of the newspaper: Business, World, Home, Sport, Life and Forum. 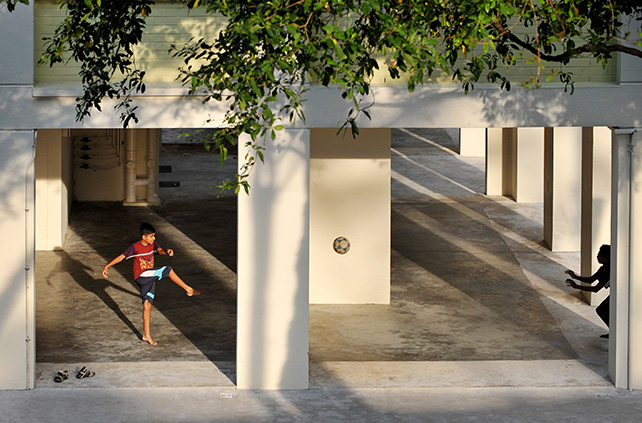 Two boys kicking a soccer ball at the void deck of a block of housing apartments
in Bishan in July 2012. ST Photo: Alphonsus Chern