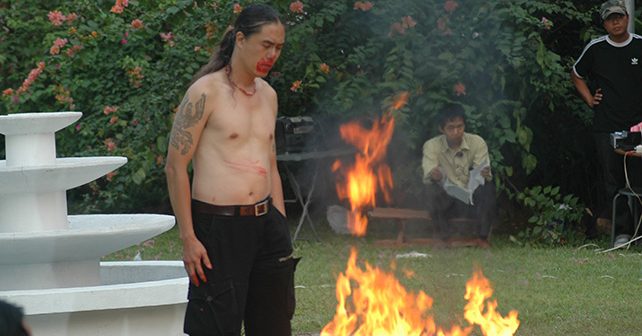 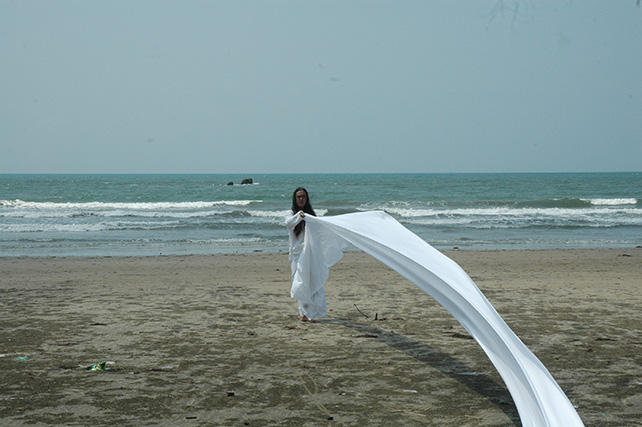 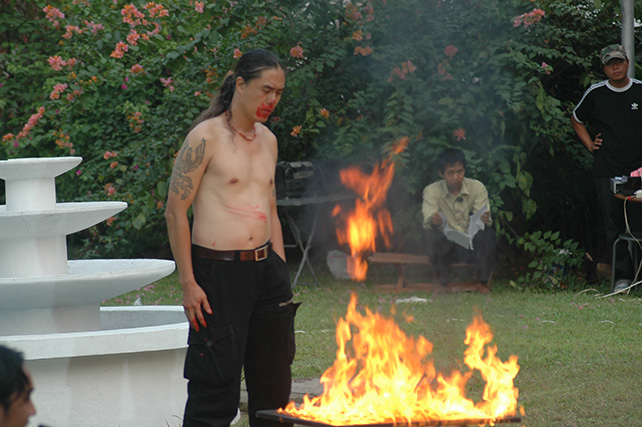 Aye Ko’s performance art has established his position as one of Myanmar’s most high-profile artists. For the past two decades, his practice has interrogated the meaning of politics and nature. From 1988 to 1990, as a young man with a passion for his country, he participated in the student revolution and was involved in the underground movement for democracy. He was subsequently arrested in 1990 for his involvement and was given a 3-year prison sentence. After this sentence, he continued his art practice and became a full time artist. In 1999, he did his first performance piece at the Asia Topia Performance Art Festival in Thailand, followed by his second performance piece at Chaung Tha Beach in Myanmar. However, under harsh Myanmar law on performance art, he was sentenced to a three-month prison term. He appealed against the sentence and won. In 2008 Aye Ko and his colleagues established ‘New Zero Art Space’ to share their ideas and activities with the wider public. This space continues to actively stir the dynamics of contemporary art in Myanmar. 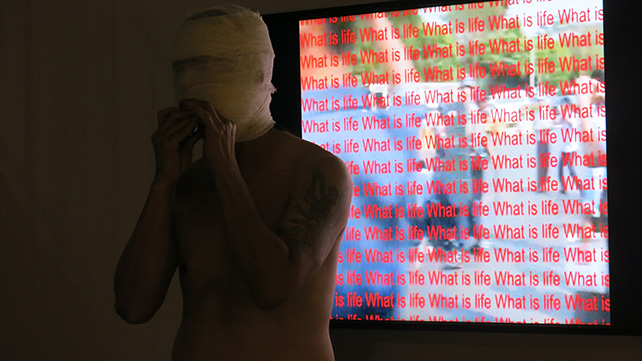 “We congratulate Aye Ko on being awarded the Joseph Balestier Award for the Freedom of Art 2017. He has worked long and hard throughout his artistic career to not only excel as an artist but also to bring about change in Myanmarese society through his art. As an artist committed to the ideals of freedom, he has endured much hardship but still continues to strive for progress via the language of contemporary art. Freedom is the absolute necessary basis for art, and Aye Ko’s actions underscore the definition that contemporary art is an attitude and a position, ” said Lorenzo Rudolf, Founder and President, Art Stage Singapore.