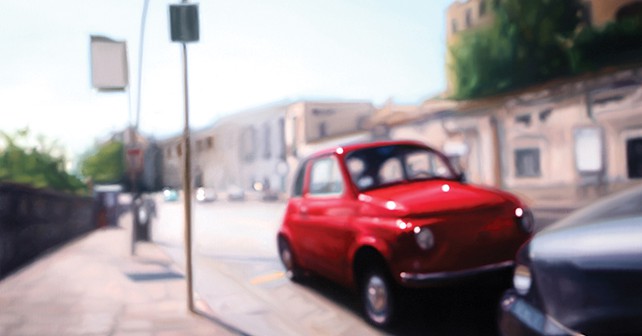 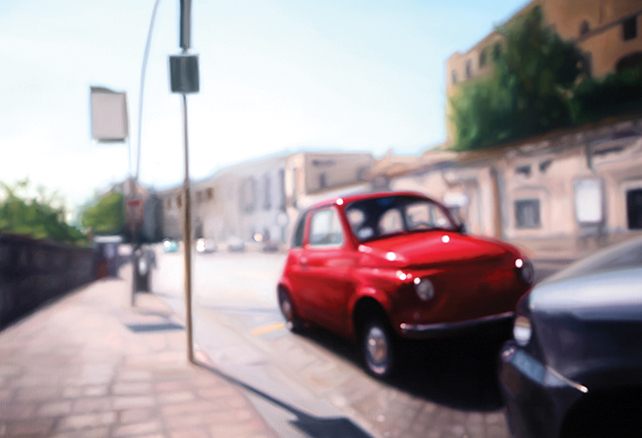 ‘Place of Memories, Cities’ showcases various reinterpretations of cities from Daeho Guk’s travels. The artist takes photographs of unfamiliar places – snapshots of accidental and ordinary moments in everyday life – and subjectively recreates them in his studio.

Skillfully utilizing the dual nature of photographs in his paintings, Guk takes the memory of the places he visited as a foreigner and transfers them onto the canvas. Cities are depicted beyond appearances, and evoke the illusion of places the viewer has visited. Stemming from the artist’s appreciation for the camera’s “blurry effect” or “bokeh”, the out of focus areas exist in the shape of “light drops”, featuring various landscapes in oil paint.

Daeho Guk (b. 1967 in Korea) completed his BFA in Painting from Seoul National University in 1992, followed by his MFA from the department of Arts Plastiques, Paris 8 National University in 1998. Dae Ho Guk was listed as budding artist for the year by the Gallery Association in Paris in 1996, and selected as one of the best young artists by the Young Artists Association in France. His works are in the collections of several of Korea’s major museums, including the National Museum of Contemporary Art, Korea, Busan Museum of Art, Gyeonggi Museum of Modern Art, Daelim Museum, Gwwangju Museum of Art and 63 Sky Museum. He had his first solo exhibition in 1995, since then he has held a total of 34 solo shows and participated in numerous group exhibitions, art fairs and biennales in Korea, Taiwan, Hong Kong, Miami, Dhaka, Sydney and Rotterdam.