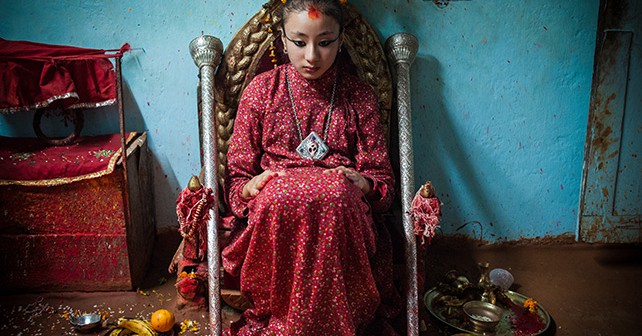 A major earthquake has struck eastern Nepal, near Mount Everest, two weeks after more than 8,000 people died in a devastating quake. The Singapore arts community has set up several charity events to raise funds for those in need. 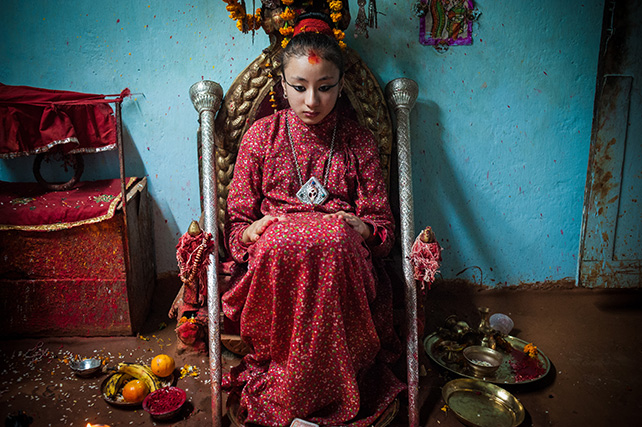 Living with Goddesses, Catherine Sim (Singapore). The Kumari is believed to be an incarnation of Taleju, the divine universal-mother goddess. Every few years, a Nepalese girl aged 4-5 years old is chosen from thousands using Hindu elaborate rituals. The new
elect takes over the lonely throne, which the old Kumari abdicates upon reaching puberty.

When The Mountains Called
11 – 17 May 2015, 10am – 10pm
ION Station, basement 4, ION Orchard. 2 Orchard Turn, Singapore 238801
When The Mountains Called is an exhibition by photographers from the international Kathmandu-based masterclass Kathmandu INSIDE:OUT (KIO). Originally conceived to be an exhibition showcasing works by photographers from Singapore, Nepal, Hong Kong and the United Kingdom who had participated in the masterclass, the exhibition has now taken on a new urgency as a platform to raise awareness and funds for the Nepalese people in the wake of the recent earthquakes in Nepal. The proceeds will go to Nepalese NGOs including Prisoners Assistance Nepal, Wildlife Conservation Nepal and Non-Resident Nepali Association (NRNA) in aid of the humanitarian effort now underway in Nepal.

HELP NEPAL
15 – 30 May 2015
Mandala Fine Art Gallery, #02 – 14, CT Hub, 2 Kallang Avenue, Singapore 339407
Mandala Fine Art Gallery presents “HELP NEPAL”, an international fundraising art exhibition curated independently by the gallery. Twelve reputable local and international artists have come together to put forth an inspiring collection of works. Sale proceeds from 20% to 100% of the exhibited works will be donated to a special “Mandala Charity Project” in Nepal.

Canvas for Change
30 – 31 May 2015, 10am – 5pm
DECK, 120A Prinsep Street, Singapore 187937
Canvas for Change is a student-founded charity art auction that aims to raise funds for the Save the Children foundation. The auction features arworks by local artists in Singapore, inclusive of students. 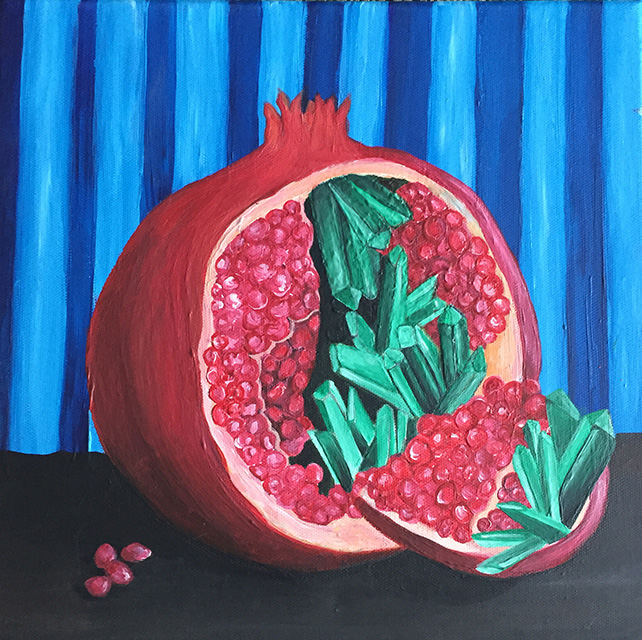