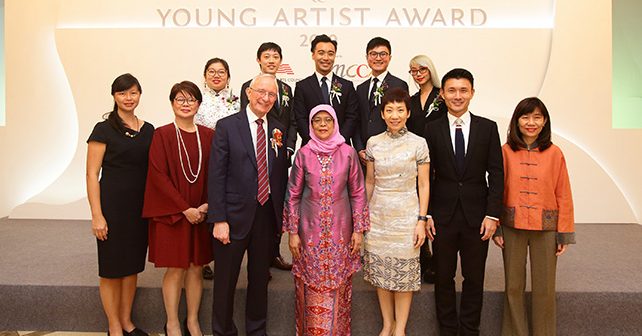 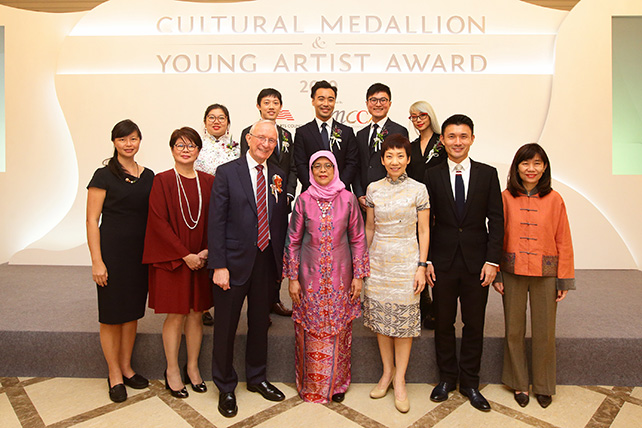 The National Arts Council (NAC) has conferred the Cultural Medallion and Young Artist Award on six artists from various disciplines, in recognition of their artistic excellence and outstanding contributions to growing Singapore’s vibrant arts scene. The accolades also honour the recipients for their work in connecting local communities through the arts and defining Singapore’s cultural presence abroad.

At the ceremony on 15 October 2019, Guest-of-Honour President Halimah Yacob presented the Cultural Medallion to this year’s recipient Eric James Watson, a musician, composer, conductor, music technologist and educator. Eric is widely recognised as one of Singapore’s most prolific composers, whose works draw upon Singapore’s rich musical traditions and cultures. Eric has called Singapore home since 1991, and in 2001, he was the composer and musical director for the National Day Parade (NDP). In 2007, he wrote and arranged music for NDP across Indian, Malay, Chinese and western classical orchestras. As composer-in-residence of Singapore Chinese Orchestra (SCO) from 2016 to 2018, he has composed major works performed by SCO that were well-received.

Minister for Culture, Community & Youth, Grace Fu, presented the Young Artist Award to the five recipients. US-based composer Emily Koh is recognised as one of Singapore’s top emerging composers of acoustic and electronic concert music. Lighting designer Gabriel Chan has created lighting designs for different art forms – dance, theatre and music, and has been lighting the seasons of some of Singapore’s top dance and theatre companies. Multi-talented film director and screenwriter He Shuming, whose work has been described as heartfelt by critics, is expanding his practice into theatre and multi-media work. Animation artist Tan Wei Keong, known in the industry for having a unique voice, has had works screened in numerous film festivals around the world, and is a strong supporter and advocate for Singapore’s animation scene. Visual artist Weixin Quek Chong has gone beyond her training in printmaking to experiment with various materials in her works presented locally and internationally, and she works with and mentors young artists at local institutions.