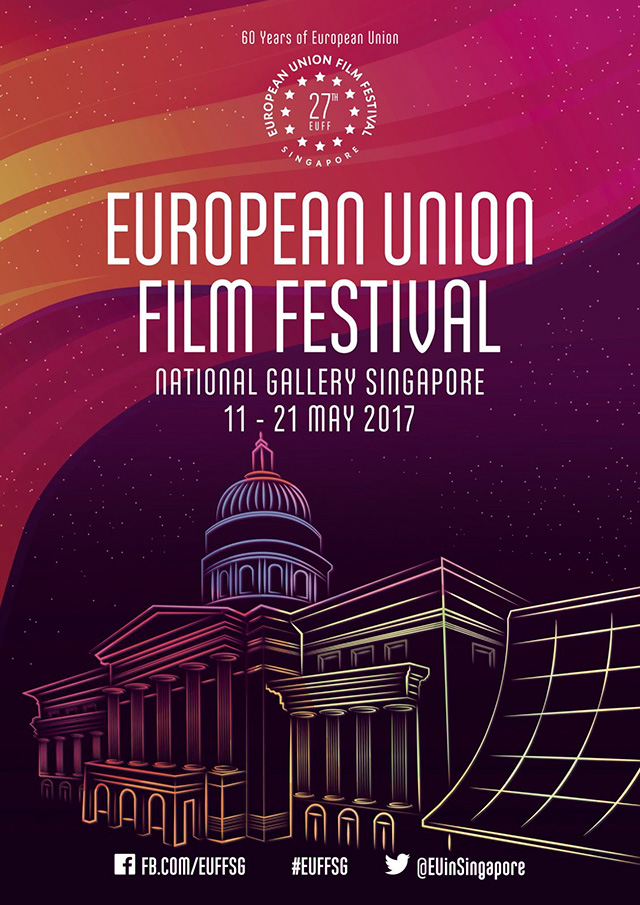 The festival returns for its 27th edition from May 11 to May 21, 2017. All films will be screened at the iconic National Gallery Singapore for the first time.

The 27th EUFF will be presenting 27 films from 27 countries across Europe with Germany as the featured country this year. The festival opens with the coming-of-age German comedy drama Tschick (2016). Directed by acclaimed award-winning filmmaker Fatih Akin, Tschick is a film adaptation of the cult novel ‘Why We Took The Car’ by the late German writer Wolfgang Herrndorf (1965-2013). The film stars Munich-born Anand Batbileg who is of Mongolian descent. He plays the title role of Andrej ‘Tschick’ Tschichatschow, a teenager from a German-speaking minority in Russia. Tschick tells the classic story of three youths trying to survive on their own and encountering plenty of misadventures and self-discovery in their wild road-trip across East Germany. The festival’s opening is supported by the Goethe-Institut Singapore and the German Embassy in Singapore.

Partnering for the third time with Ngee Ann Polytechnic’s School of Film and Media Studies, the EUFF will also present short films by students and alumni of the school alongside the official film selection.