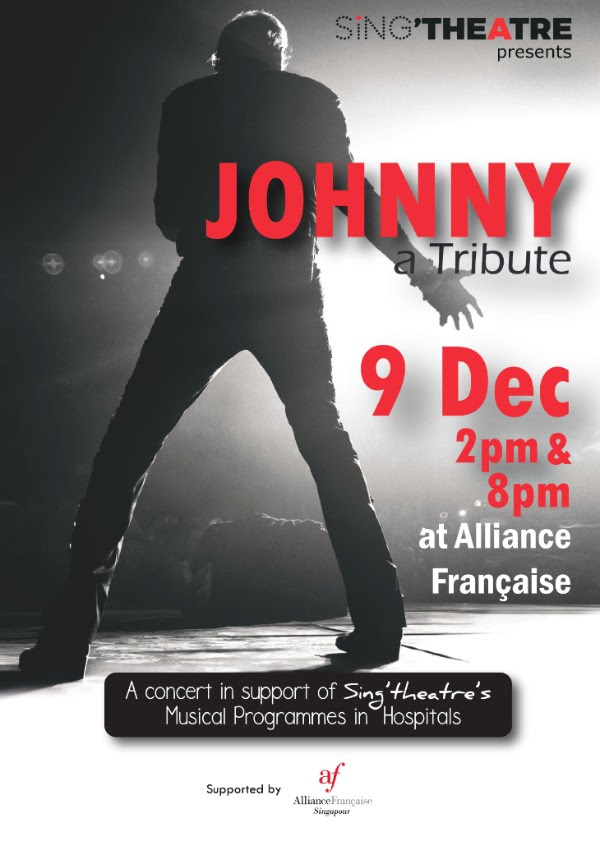 Whether you have sung to his songs in the shower or danced to his greatest hits with your friends, Johnny Hallyday has undeniably played a huge role in the French community! This December, Sing’theatre is proud to present Johnny, a Tribute concert: featuring a unique series of performances for the French-speaking community to pay tribute to one of the most legendary French singers of all time, exactly one year after the national tribute was given at La Madeleine (Paris).

From « Allumez le feu », to « L’idole des jeunes » via « toute la musique que j’aime », expect to sing along to Hallyday’s most popular songs, together with around 50 artists of all ages, a live band, a choir and more than 20 singers.

Produced by Sing’theatre ltd, directed by Nathalie Ribette and supported by Alliance Francaise de Singapour, this concert is a fund raiser in support of Sing’theatre’s Musical Programmes in hospitals.