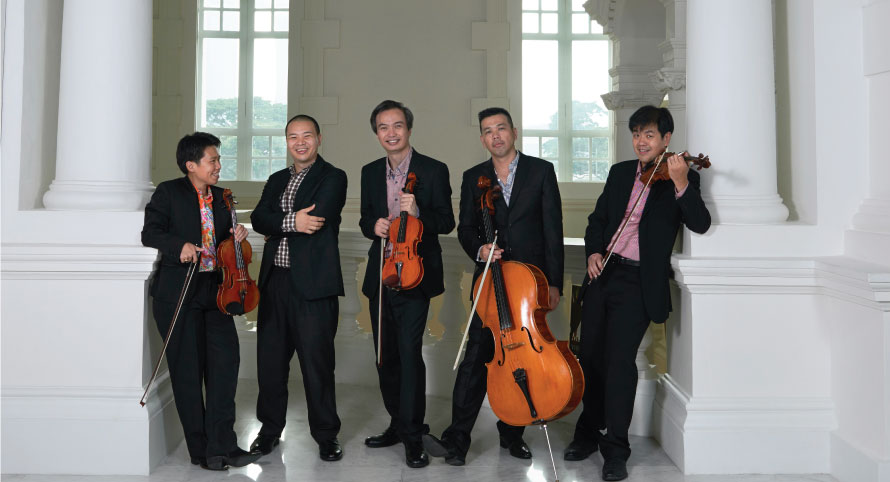 Romantic, introspective and stark, the piano quintets of Camille Saint-Saëns, Charles-Marie Widor and Olivier Messiaen offer a glimpse into more than a century of French chamber music. Feast your ears on the music of these three organ masters, who make up two generations of mentorship, and delve into the influences that each had on his mentee.

A piece which projects youthful confidence, Saint-Saëns’s Piano Quintet in A Minor, composed in 1855, was one of the first piano quintets in which the piano plays a dominant virtuoso role. Piano Quintet No. 2, which Widor wrote in 1894, carries influences of his time as Saint-Saëns’s assistant organist in Paris. Written a century later in 1991, Messiaen’s Piece for Piano and String Quartet features a birdsong which, inspired by one of his favourite birds, the Garden Warbler, draws on the sounds and textures of the organ.

Take 5 is a chamber music series initiated in 2007 by five prominent Singapore musicians to showcase masterpieces from the quintet chamber repertoire. Since its debut, the ensemble has featured and premiered music by Bloch, Amy Beach, Bartok, Respighi, Brahms, Korngold, Sibelius, Schumann, Dvořak, Kelly Tang, Elgar, Shostakovich, Joyce Koh, and many others to critical acclaim.