Henry Lee: A Rule of Ten 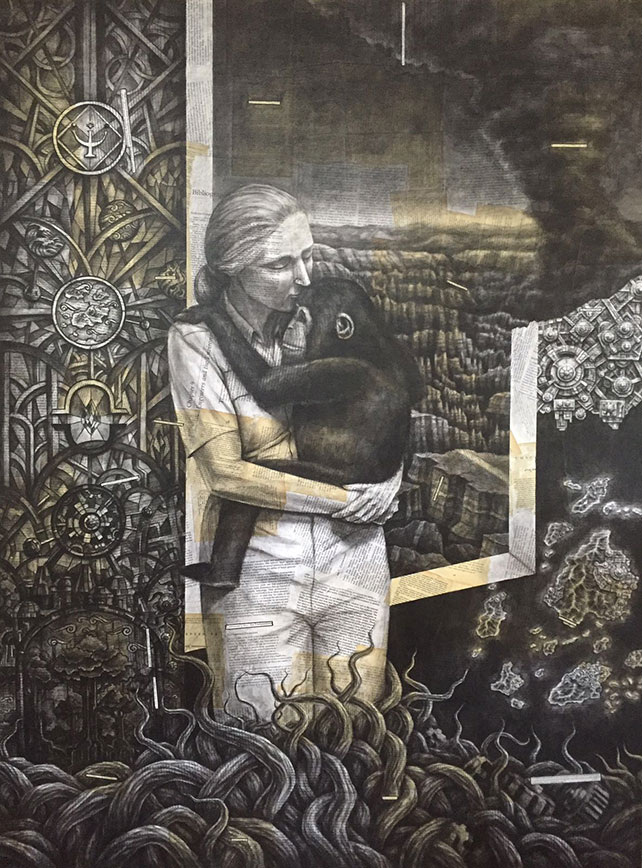 Sogan & Art together with Beyond Colours Proudly Present  “A RULE OF TEN” by Henry Lee from September 22 to 28, 2016 at Visual Arts Centre.

Ten cities, each managing a portfolio governing specific aspects of human society, form the basis of Henry Lee’s fictional realm. The characters who dwell within Henry’s world are narrative devices which describe our struggles with rapid urbanisation, globalisation and the ensuing fallout these actions have upon the environment.

In “A Rule of Ten”, Henry introduces the ten enigmatic leaders who shape the fortunes of these cities. They are depicted in the guise of recognisable historical, cultural or political figures referenced across different ages and societies; these familiar icons are the means Henry employs to illustrate the personalities and motivations of the rulers. By extension, these figures also embody the priorities which shape the development of the ten realms. Recurring motifs, unique to each city’s interests and idiosyncrasies, are hidden throughout the series; these hint at the tension and alliances between various factions.

Although “A Rule of Ten” describes the fortunes of an alternate universe, at its core it tells the story of human civilisation. This series outlines the struggles of juggling the complex needs of society in the face of limited resources and often conflicting agenda of different interest groups. 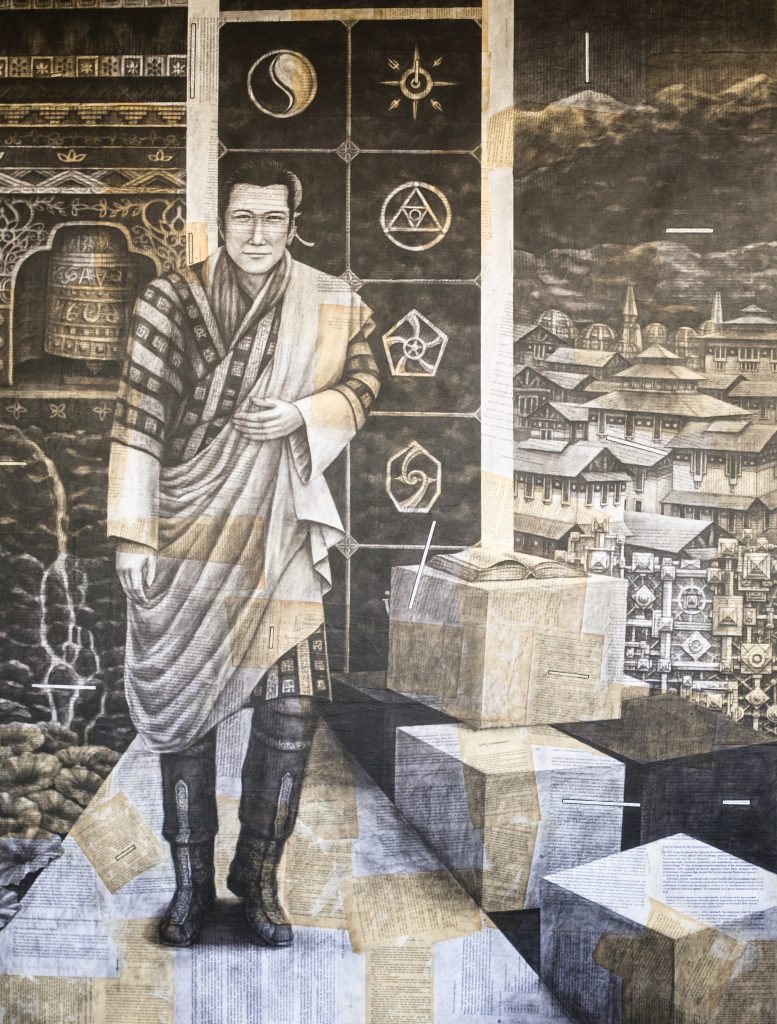 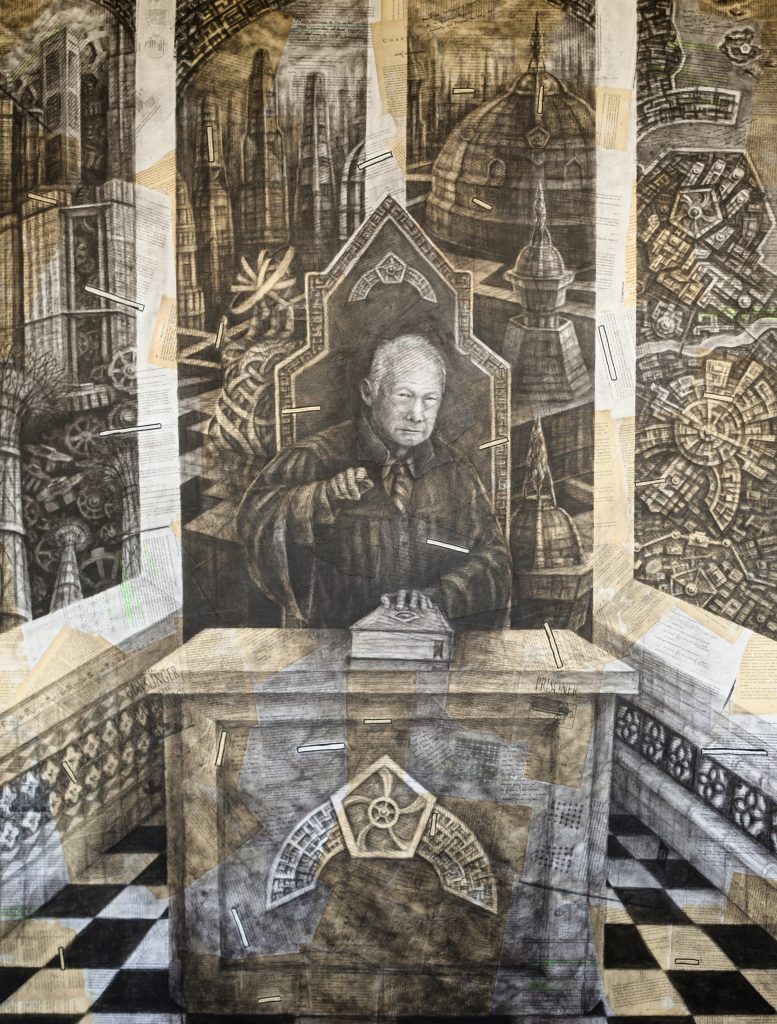 Born in Singapore, 1981, Henry Lee is a chemical engineer by training, having obtained his Bachelor’s Degree in Engineering from the National University of Singapore in 2006. After graduation, he pursued a career in publishing before turning in his corporate attire to heed the call of his first love: drawing. In 2010, he enrolled into the Nanyang Academy of Fine Arts to pursue a Diploma in Fine Art, with a major in Western Painting.

Henry was awarded Best Graduate (Fine Art) and the NAFA President’s Award of the graduating class for 2013. He went on to complete his Bachelors of Arts (Fine Art) with First Class Honours at the Academy, conferred by partner university Loughborough University and was nominated Best Graduate (Fine Art) for the class of 2014. He has participated in various exhibitions across different platforms, including commercial spaces such as ION Orchard, gallery spaces such as ShanghART Singapore and tertiary institutions such as the National University of Singapore. His most recent outings include a solo exhibition with Galerie Sogan & Art at Art Stage Singapore 2015 and a group showcase in Dubai entitled “Urban:ness: Encountering the City”.