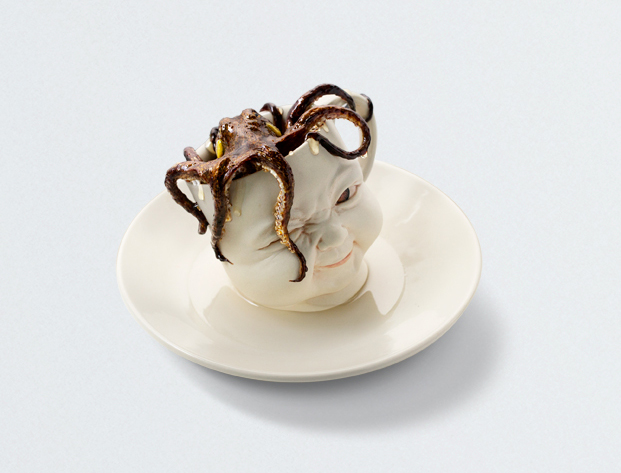 One year on from K+’ inaugural show with Keng Lye, K+ once again gives centre stage to this amazing artist from 15 January to 14 February 2016. In Alive Without Breath II: Creature Comforts, Keng Lye takes us deeper into a world of aquatic creatures created with just paint and resin.

It all started in 2011 when a friend showed him a video of Japanese artist Riusuke Fukahori creating his signature paintings of goldfish in resin. He then threw Keng Lye a challenge: to try and recreate the hyperrealistic resin art. In the years since, Keng Lye has not only tried his hand at painting on layers of resin, he also constantly experiments with new ways to make his works ever more realistic and three-dimensional.

Keng Lye’s works eventually caught the attention of art lovers on the internet, earning him a strong following. His first-ever solo exhibition with K+ last year finally gave fans an opportunity to view his works up-close, and proved to be an unmitigated success with more than 90% of the art pieces sold. In his sophomore exhibition, Keng Lye continues to enthral with a range of works that see him pushing the envelope both thematically and technically. In addition to pieces created by painting on layers of resin, Keng Lye has also further honed his technique of sculpting in resin.