All The Stuff On The Street Is A Gift 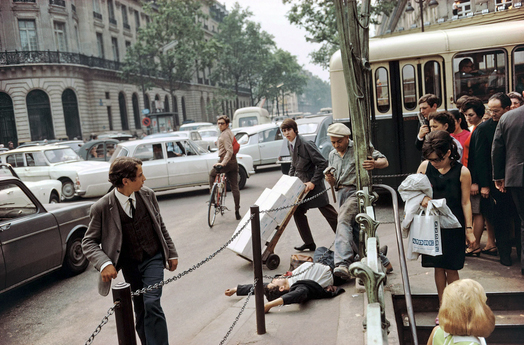 From the images captured in the streets of New York, the perfect environment to observe the events of the various humanity that populate the big city, to those collected during a one-year journey through Europe between 1966 and 1967. From those taken in Paris, among which stands out the is one that portrays the scene of the man who faints in the almost total indifference of the people around him, to the Spanish landscapes captured through the glass filter of the speeding car, from Naples to Malaga, from Ireland to Bulgaria, to Germany, up to the series in London and the United Kingdom. The path also continues with photographs, again captured in the United States, in which color became an even more important element for him.