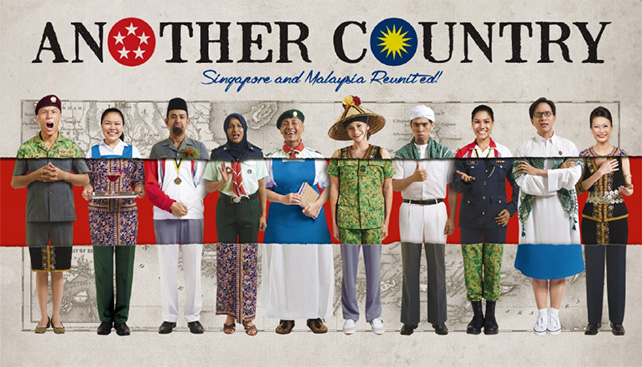 W!LD RICE explores the history and heritage of Singapore and Malaysia in Another Country, a funny, poignant and insightful look at life on both sides of the Causeway.

The production is part of W!LD RICE’s year-long imagiNATION season, which marks the company’s 15th anniversary and coincides with Singapore’s own jubilee celebrations.

Each imagiNATION production takes inspiration from the five stars of the Singapore flag. Another Country examines the ‘Peace’ – or lack thereof – shared by two countries that were torn asunder in 1965.

A truly collaborative, cross-cultural project, Another Country challenges Heng and his Singaporean cast to understand, embrace and perform texts by some of Malaysia’s finest writers. At the same time, Malaysian director Jo Kukathas and her cast will dig into an eclectic array of Singapore literature, unearthing what remains beneath the politics and posturing that have often complicated relations between the two nations.