ANSUZ: The strange and mysterious artwork of FSc 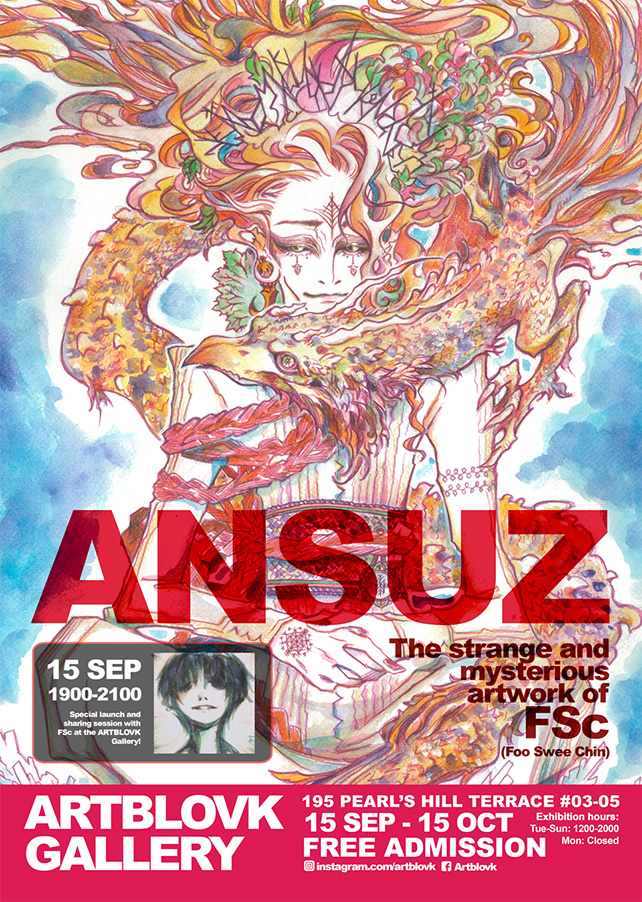 Breathtaking and intricate, cute yet creepy, the artwork of FSc represents a strange frailness of the human state in ANSUZ, a collection of traditional works from the enigmatic artist FSc (Foo Swee Chin).

A veteran of the international comics industry, the enigmatic FSc has been drawing since 1997 and is internationally acclaimed, possessing a prolific list of works published in Japan and USA, including titles such as Singapore’s otaku comicbook artist heads for Japan (2016, Kadokawa), MUZz (2004, self published), Nightmares and Fairytales, a collaboration with Serena Valentino (2002-2005, Slave Labor Graphics) and even recently starring as a guest on a documentary on Japan’s NHK World Channel.

A special sharing session with FSc will be held on 15 September 2017 at the ARTBLOVK Gallery between 1900-2100 with refreshments.

Entry is free to all visitors. A limited number of original artworks will be available for purchase.