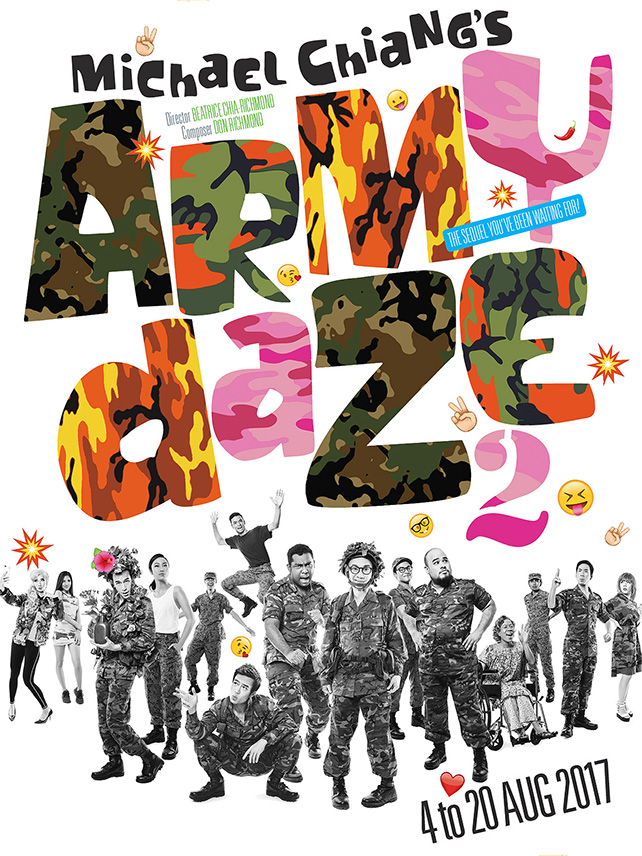 Singapore’s best-loved comedy turns 30 this year with Army Daze 2, an all-new comedy that catches up with Malcolm Png three decades later. Our mummy’s boy is now an SAF regular, serving as Director of Public Affairs and when his son Justin enters national service, it brings back vivid memories of his own experience.

It’s true that Singaporeans connect with Michael Chiang’s Army Daze story in a very special way. From topping the best-seller lists, full-house theatre productions to becoming one of the biggest local films at the box-office, Army Daze is probably the single most successful cross-platform story in Singapore’s arts and entertainment scene. Close to 300,000 people have seen the Army Daze theatre production and movie at the cinemas in Singapore alone.

So what can we expect from this overdue sequel and what will happen to Malcolm’s buds from Hotel Company, 1987? Teo Ah Beng is now an entrepreneur, while Johari Salleh runs a fast-food chain serving ayam penyet. Style-meister Kenny Pereira has become a sought-after interior designer, and former slacker Krishnamoorthi is now a successful architect. The five meet up after three decades for an unforgettable get-together, filled with hilarious surprises. And even after 30 years, the spectre of CPL Ong continues to haunt them, appearing at (disturbingly) regular intervals of the story.