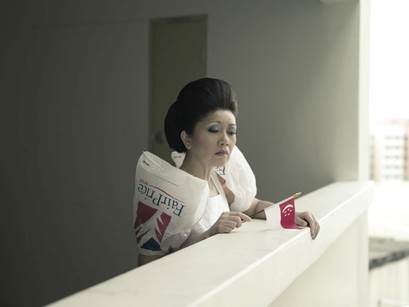 Brian Gothong Tan is one of the leading creatives in Singapore and is best known for his cutting-edge and highly engaging works in theatre, lm and installation art. His works have been featured in numerous productions which have toured successfully in many countries like Korea, Italy, United States of America and the United Kingdom.

His eclectic – and strange – use of multimedia in theatre earned him the Best Use of Multimedia award in the 2005 Life! Theatre Awards, as well as Best Multimedia Design award in 2008 and 2012.

His film project with Ekachai Uekrongtham, Pleasure Factory, in which he was the Director of Photography and Editor, was screened in Cannes Film Festival 2007 under the Un Certain Regard section. His rst feature lm, Invisible Children (2008), was produced by Eric Khoo’s Zhao Wei Films and has travelled to many lm festivals around the world. He was also appointed the Director of Film and Visual Effects for Singapore’s National Day Parade 2009 and 2011, as well as the world’s rst Youth Olympic Games Opening and Closing ceremonies in 2010.

His latest projects include All is Divine (Stockholm, Sweden 2013), Dancing Dawn – a collaboration with Arts Fission and SEA Games 2015. He was conferred the Young Artist Award in 2012, and more recently, the Singapore Youth Award in 2015.