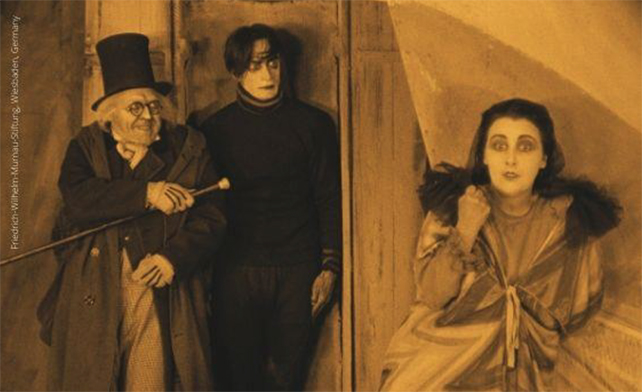 Fans of horror films are in for a treat this October as ArtScience Museum presents a spine-chilling line-up of onsite and online programmes.

As part of its flagship ArtScience on Screen programme, the Museum will be running limited screenings of the iconic 1920 German Expressionist silent horror film, The Cabinet of Dr. Caligari, in its full restored glory. Marking its 100th anniversary this year, this haunting film has been widely considered to be the first masterpiece in the horror genre. The film’s enduring influences can be seen in popular Tim Burton films, including Edward Scissorhands (1990) and Corpse Bride (2005), which echoed its gothic and surreal style.

For film buffs who crave a more unnerving, potent taste of the Caligarian expressionism, they should not miss out on a specially curated series of David Lynch’s early short films from 1967 to 1995 showing at ArtScience Museum as well. These short films helped to catapult Lynch to superstardom, with some Expressionist and surrealist features making their way to his debut feature and cult classic, Eraserhead.

Due to the limited capacity at ArtScience Museum’s Level 4 Gallery, visitors are strongly encouraged to pre-book their tickets to each screening via https://ticket.marinabaysands.com/mbs/booking/asos2020 from 7 October onwards. Admission is free for all film screenings.