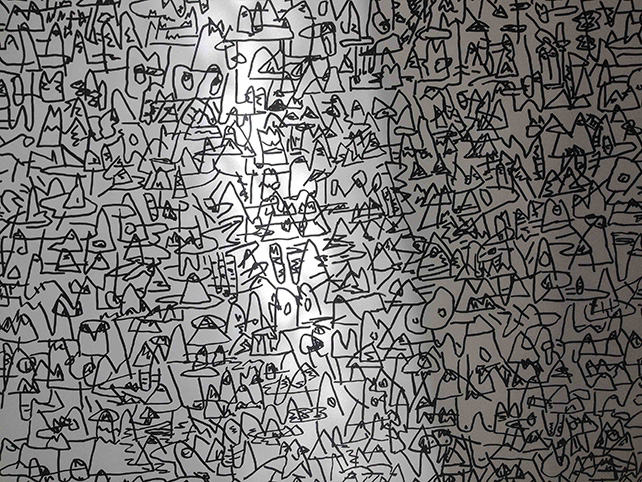 Fresh from an artist residency in Taiwan, this show is part of an ongoing investigation for Juls as she finds new marking patterns, strokes and techniques to create different textures for her large-scale wall paintings. Using the space as her canvas, viewers are immersed in the work and able to juxtapose their appreciation of each hand-marked stroke on the walls with those on the hanging canvas and paper pieces. Through this exercise, she hopes for viewers to have a visceral understanding of what she experienced when creating the work. The show features 10 pieces of varying sizes (paint marker on paper, pencil on paper, and paint maker on canvas), which hang amidst a massive mural enveloping the gallery, and a time-lapse video projection documenting the wall-marking process played on loop. 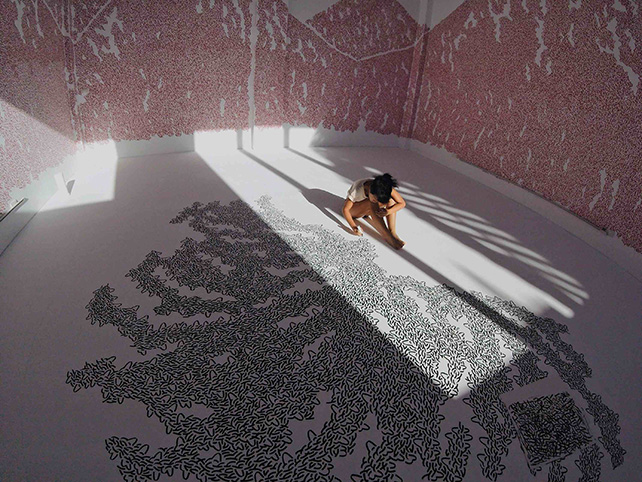 Juls has participated in multiple art exhibitions in the Singapore and the U.K. including the Singapore Arts Show in 2005, a site-specific installation and photography show in the Singapore History Museum in 2003, Camberwell Graphics Showcase in 2008, Show RCA in 2011, Man Drawing Prize in 2011, John Ruskin Prize in 2012. Her winning work for the Derwent Art Prize was exhibited both in the Cumberland Pencil Museum and London Mall Galleries in 2013. 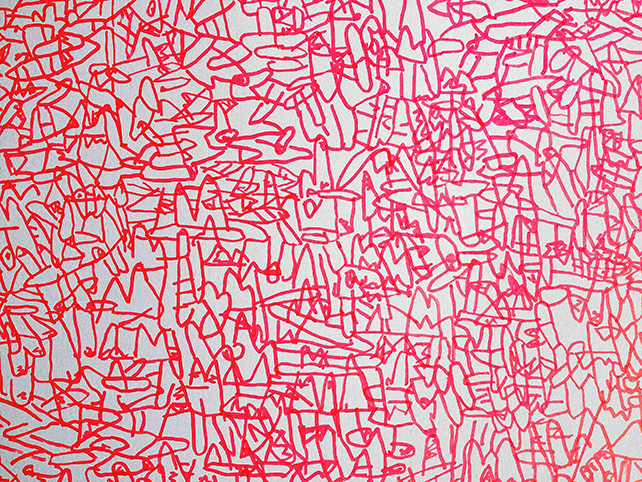