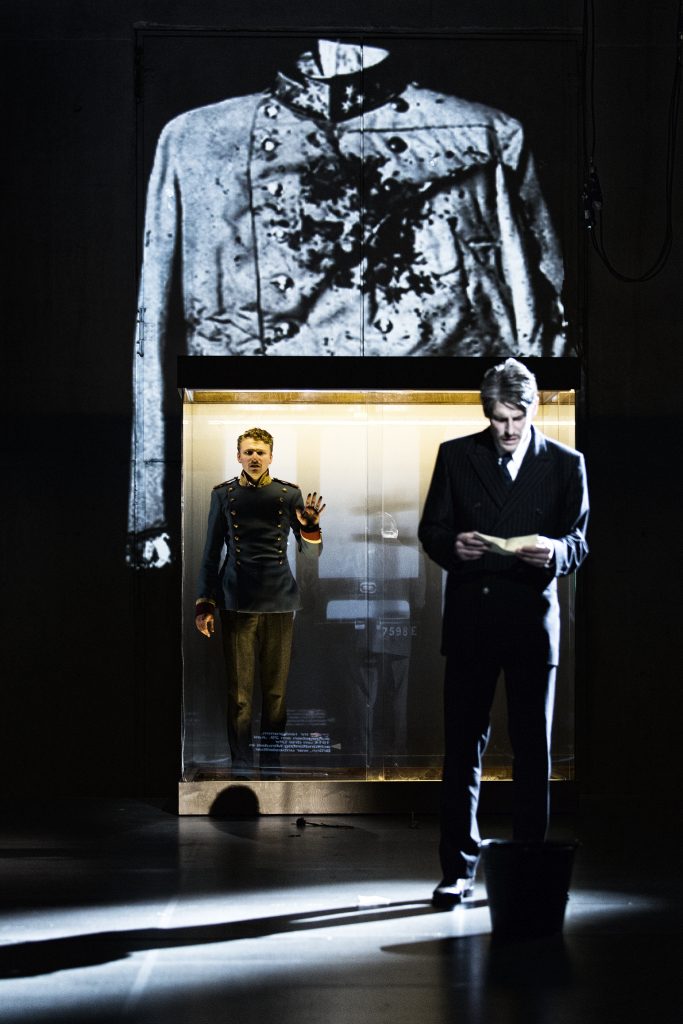 Stunningly told by one of UK’s most respected directors, Simon McBurney, with actors from the famed Schaubühne Berlin, Beware of Pity is an emotionally-gripping play about the treacherous nature of pity.

How do we confront another person’s suffering? Is one’s desire to save another person an act of true empathy or merely a balm for one’s guilt? These are the questions that haunt Beware of Pity, the only novel by Austrian writer Stefan Zweig, and one of the world’s most popular writers in the early 20th century.

In this critically-acclaimed stage adaptation, UK director McBurney skillfully unravels the complex themes of moral paralysis and psychological guilt, with equal measures of compassion and persuasion.

Together with the accomplished actors of the Schaubühne Berlin, they create a nuanced, vivid account of Anton Hofmiller, a young Austro-Hungarian calvary officer, who slides into a destructive romance with Edith, the paralysed daughter of a wealthy family.

Against the backdrop of the disintegration of the Austro-Hungarian Empire at the turn of the First World War, this piercing psychological melodrama about misguided compassion reaches its inexorable end in the tragic dissolution of the couple’s relationship.

Triumphantly received at sold-out shows across Europe, Beware of Pity’s poignant characters and emotional themes speaks with renewed resonance for our complex times.

Adapted from the book by Stefan Zweig
Directed by Simon McBurney

Performed in German with English surtitles

Rating to be advised