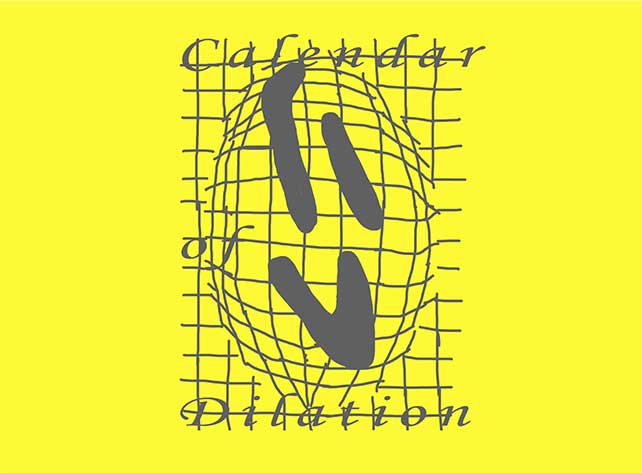 Calendar of Dilation is a second solo exhibition with the gallery by Singapore-based Taiwanese-American artist Mike HJ Chang.

Finding its conceptual roots in Chang’s experiences aboard the oil tanker Cielo di Guangzhou, where he spent two weeks at sea during his Owner’s Cabin artist residency in 2018, and the ongoing COVID-19 pandemic that resulted in global lockdowns and domestic confinements, Calendar of Dilation is an exploration of how perceptions of the passage of time are altered and shaped by the environments one finds oneself in, anchored to the endless expanse of the ocean as a point of departure.

Partly inspired by Chang’s experience throughout Singapore’s recent Circuit Breaker period, during which most of the works were produced, the relationship between humanity’s desire to mark time and the way it is warped by prolonged social and spatial isolations comes to the fore, set against the framing of a nautical journey. In Seasick Sketches, an experimental short film jointly directed with artist-curator Alfonse Chiu, aphoristic rumination accompanies footage of an undulating seascape to posit an alternate cosmology where time simultaneously exists and vanishes. Meanwhile, in the sculpture Storyboard of a Fruit Soon to be Eaten by an Interdimensional Snake, Chang toys with the conventions of linearity in visual perception to create a segmented view of causality and how it may be manipulated to create illusions of depth, progress, and narrative. The interplay of abstraction and structure is similarly found in Sea’s Guts, a large scale watercolour painting where Chang highlights a sense of delirium and disorientation through a vivid depiction of a stormy sea.

In Calendar of Dilation, Chang experiments with a bold visual language across a variety of media—such as paintings, sculptures, and the moving image—to articulate the relationship between time and the body: the way the former flows, alters, and disorients. Characterised by his signature style of a whimsical yet rigorously analytical approach to formalism, the works featured are suffuse with a sardonic humour that explicates the incorporeal entanglements between the self and the world.