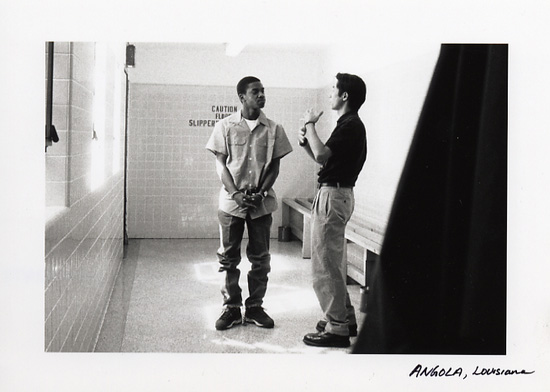 Toshi Kazama’s subjects mostly stare straight into the lens or show their profile, looking at distant sources of light. Some are smiling shyly, others look serious or absent-minded. Despite their varying backgrounds, they have one thing in common: They are all juvenile offenders on death row. Toshi Kazama is firmly opposed to the death penalty and has now been campaigning against it through his work since 1996, when he embarked on this unusual project, meeting and photographing juvenile death row inmates in the United States and Asia.

Twenty searing black-and-white photographs will be on display at Celebrating Life exhibition, including images of the young death-row inmates, execution chambers, as well as family members of people who were killed and who have reached out to the killers.