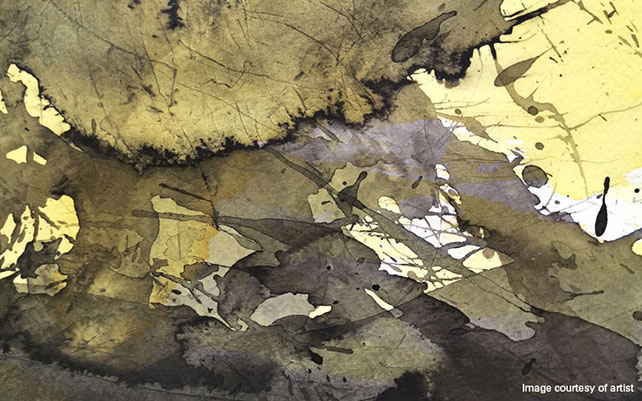 Consistent with Yeo Shih Yun’s long-standing fascination with spontaneous gestures, random occurrences and use of unconventional tools, the seven ink drawings in Chance Encounters《偶然》were created according to a set of rules devised by the artist. With the use of a dice, “answers” were obtained as Yeo responded to music composed and performed by collaborating musician Calista Liaw, determining the process and methodology of mark making. Both Yeo’s ink experimentations and Liaw’s erhu arrangements drew inspiration from the inventive compositions and unorthodox ideas of chance found in the works of artist and composer John Cage. Referencing Cage’s compositional process in Music of Changes (1951), which involved chance operations with the I-Ching, Chance Encounters 《偶然》 similarly embraces the incidental through Yeo’s playful and unconventional experimentation with ink.