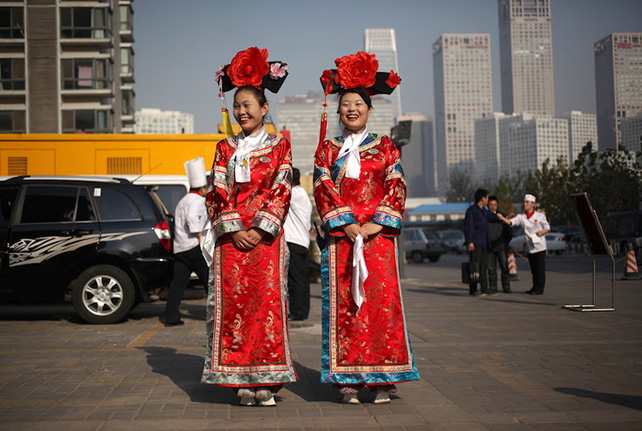 2018 marks the 10th anniversary of the Beijing Olympics, a watershed event heralding China’s re-emergence on the world stage. During the intervening years, China has seen unprecedented socio-economic change, the effects of which have been etched dramatically on its landscape and the lives of its people.

In their first major showing in Singapore, two Singaporean photographers, Chua Chin Hon and How Hwee Young, tell the story of the country’s transformation over the past decade through their images. From the drastic renewal of cities and the countryside, to the pervasiveness of technology in daily life, the photographs capture China’s ambitions, contradictions and extremes, bring to fore issues that have both captivated and divided international opinion.

On show will be 50 to 60 images by both photographers. How Hwee Young is a veteran photojournalist who is currently the european pressphoto agency’s Chief Photographer for China, and is based in Beijing. In addition to being an independent documentary photographer, Chua Chin Hon is an editor at TODAY, and had previously spent a decade abroad as a foreign correspondent in Beijing and Washington DC. Both have won international accolades for their work.

“The works of How Hwee Young and Chua Chin Hon, highlight documentary photography’s special ability to share the immensely complex story of China’s development in the last ten years, a subject that many Singaporeans have a personal and professional connection to.”

Alongside the exhibition, Objectifs will present a programme of short films by young Chinese filmmakers that look at how urban and economic change in the country has impacted the lives of its people and their relationships. Showing in the Singapore for the first time, the films feature a diversity of voices and perspectives that include school children living in Inner Mongolia, to a Chinese student studying in America. The film programme is curated by Zhang Zimu, curator at the China Independent Film Archive and independent filmmaker.