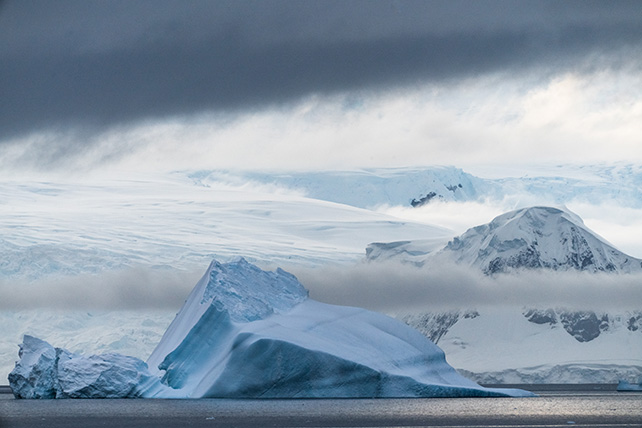 Adventure as a vehicle to document and highlight the fragility of our planet. That was the mission of Singaporean journalist Jessica Cheam and Scottish documentarian Fraser Morton as the duo embarked on a voyage to the Antarctic Peninsula with 90 others as part of the 2041 Climate Force expedition led by renowned Antarctic British explorer Sir Robert Swan. 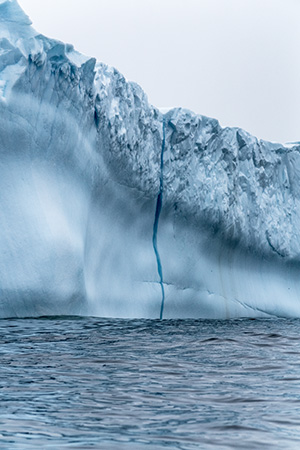 Robert and his son Barney had earlier in January 2018 successfully become the first people in history to walk on the South Pole powered entirely by renewable energy. One month after their return, they joined forces with The Explorer’s Passage, a pioneer in adventure travel on this historic expedition to Antarctica.

The haunting photography and film pop-up exhibition, Changing Course: An Eco-Business Exhibition in partnership with Sony will open to the public from 1 June to 12 July, 2018 at the Singapore Botanic Gardens. Showcasing more than 60 stunning captures and a documentary film shot entirely using Sony gear by Jessica and Fraser, the visual journey seeks to highlight why Antarctica is important to Asia, and to challenge and inspire people to make measurable changes to how they can live more sustainably in their businesses, communities and lifestyles.

The journey took the duo on a 42 hour flight from Singapore to the tip of Argentina where they boarded the Ocean Endeavour ship in the port town of Ushuaia. After a two-day voyage across the notoriously stormy Drake Passage, they reached the Antarctic Peninsula, one of the most spectacular seascapes on Earth. Upon arrival they encountered steep glaciers – more than 300 meet the sea on the Antarctic Peninsula – which flow downward and create iceberg factories on both the west and east coasts. The glaciers morph from plateaus, flowing between rocky mountain peaks. Most of the peaks in the region remain unclimbed and untouched. The highest peak, Mount Hope in Palmer Land in the peninsula stands at 3,239 metres — less than half the height of Mount Everest at 8,848 metres- but its remoteness and harsh conditions make it untenable for humans to scale it. According to Fraser, it is the combination of the mountains and glaciers that rise straight up out of an indigo seascape with marauding wildlife popping up unexpectedly that creates such a captivating scene. 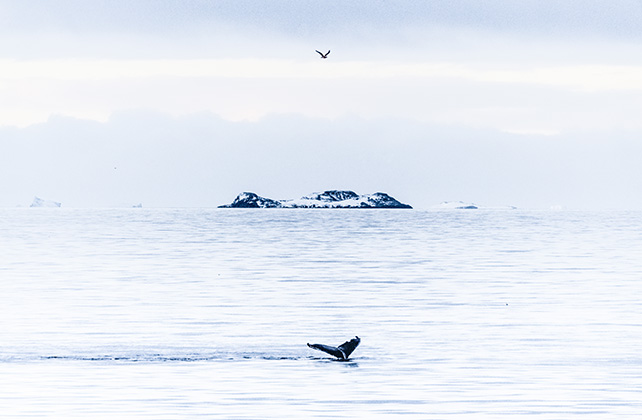