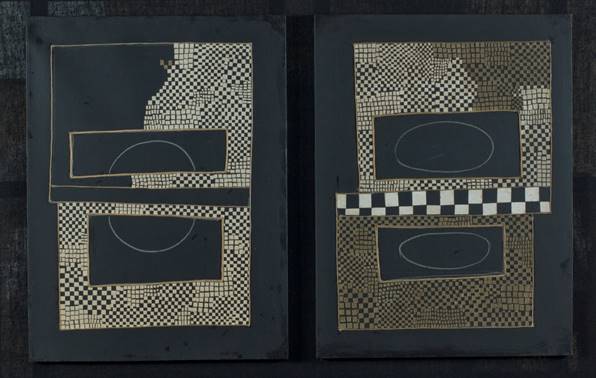 artcommune gallery presents Cheong Soo Pieng: 100th Anniversary Exhibition in honour of the artist’s centennial. Widely revered as a pioneer of Nanyang art style and a leading figure in early Singapore art scene, Soo Pieng’s varied output centers on the bold pursuit of Modern aesthetics and innovative amalgamation of forms and techniques derived from both Western and Chinese art traditions. The exhibition encompasses four decades of Soo Pieng’s creative journey and features over 20 artworks in different media, providing a quick survey of his wide-ranging repertoire. To enable a better understanding, the showcase is curated to chronologically reflect the diverse styles that emerged and synthesised during different periods of Soo Pieng’s career.

Cheong Soo Pieng (1917 – 1983) was born in Xiamen, China. He studied at Xiamen Academy of Fine Arts and later Xinhua Academy of Fine Arts in Shanghai. He relocated to Singapore in 1946, taking up a teaching post at the Nanyang Academy of Fine Arts (NAFA) before becoming a full-time artist in 1961. The landmark painting trip to Bali made by Soo Pieng, Liu Kang, Chen Wen Hsi and Chen Chong Swee in 1952 has been widely credited for heralding the Nanyang art style, which marries innovative East-west pictorial elements with distinct Southeast Asian themes.

This is the first of a series of activities to commemorate the 100th anniversary of Soo Pieng’s birth. The works on view reflect the artist’s relentless search for new, dynamic modes of expressions throughout his career. This undeterred curiosity and ambition saw him embark on several overseas painting trips (Bali in 1952 and 1972; Sabah and Sarawak in 1959; Europe from 1961 to 1963; and China in 1977) which resulted in remarkable stylistic transitions and a prolific body of work rich in figurative, abstract and mixed-media experimentations.