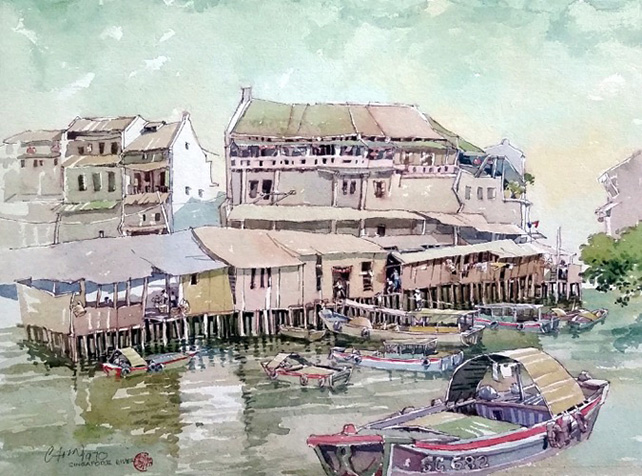 Ode to Art has teamed up with local veteran artist Chin Chun Wah for an exhibition entitled Moments. The exhibition will showcase about 50 paintings, most of which are the artist’s newly inspired works. On display are a few curated masterpieces the artist created in the 1970s and 1980s as well.

Chin was one of the founding members of the Singapore Watercolour Society. A then-budding artist, he led several art groups in the late 1960s and early 1970s to promote art awareness. In 1976, he attained the third prize in an art competition organised by OCBC Bank in conjunction with the completion of its skyscraper along Chulia Street. Chin’s artistic flair and creativity won him the first prize in the Parks and Recreation’s logo design competition in 1997.

2013 marked his return to his first love of painting after being away from the arts scene for 36 years. He has a unique painting technique in that he uses marker pens and water colours. With these tools, he can depict scenes with light, deft and masterful strokes in just minutes. Regional scenes are his muse, and Moments will take viewers on an odyssey.