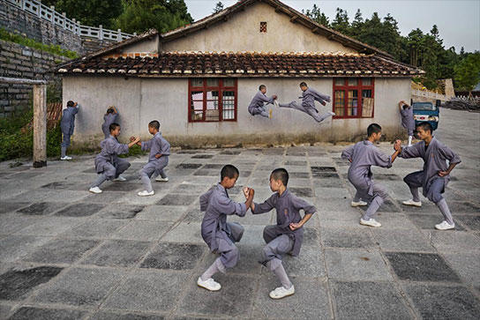 Leica Galerie Singapore is proud to present “China” by Steve McCurry, where he decided as his first official location to take photographs with the Leica SL2. The photographs convey a sense of naturalness and confidence, as if they were a seamless, uninterrupted flow which continues from Steve’s previous Chinese experience.

“I spent the last 40 years of my life traveling Asia”, explains Steve. “And I’ve been to China many, many times for many different photographic assignments. It’s a visually rich country and has great traditions and art and culture.”

McCurry’s body of work spans conflicts, vanishing cultures, ancient traditions and contemporary culture alike – yet always retains the human element that made his celebrated image of the Afghan Girl such a powerful image. McCurry was the first recipient of the Leica Hall of Fame Award in 2011 and has been recognized with some of the most prestigious awards including the Robert Capa Gold Medal, National Press Photographers Award, and an unprecedented four first prize awards from the World Press Photo contest amongst dozens of others.