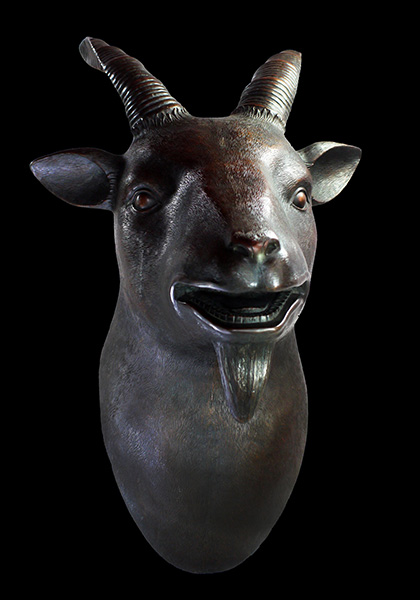 To celebrate the Year of the Goat, the ACM displays for the first time the 12 zodiac animal heads donated by celebrated film star Jackie Chan. Modelled after fountain sculptures looted from the Old Summer Palace outside Beijing, also called the Yuanmingyuan 圆明园 (Gardens of Perfect Brightness), they were made for the 2012 movie CZ12 十二生肖. The sculptures were designed by the Taiwanese artist aPen 阿笔 and, like the originals, cast in bronze.