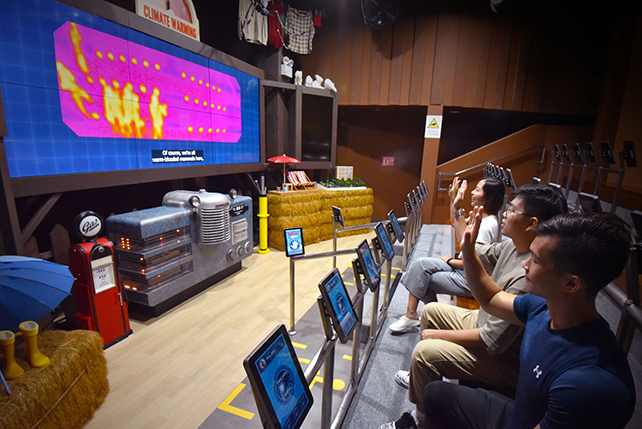 This permanent exhibition is the third edition of Science Centre’s climate change campaign experience. The first, launched in 2008, was to educate the public on the developing state of climate phenomena, while the second, launched in 2014, was to foster personal environmental stewardship.

This year’s edition is named Climate Changed as it is curated to highlight the real and present threat of the climate crisis against the background of the warmest decade ever recorded. The exhibition includes consequences of inaction and sustainable steps that people can take to counter its impact.

Climate Changed consists of two parts – a 20-minute show and an interactive segment.

The show is hosted by two virtual sheep, named Felicity and Sheepy, and an AI machine Bo. It features four local and foreign climate scientists discussing their work on sustainability-based research and features content made in collaboration with Science North from Canada.