Concerts On The Hill 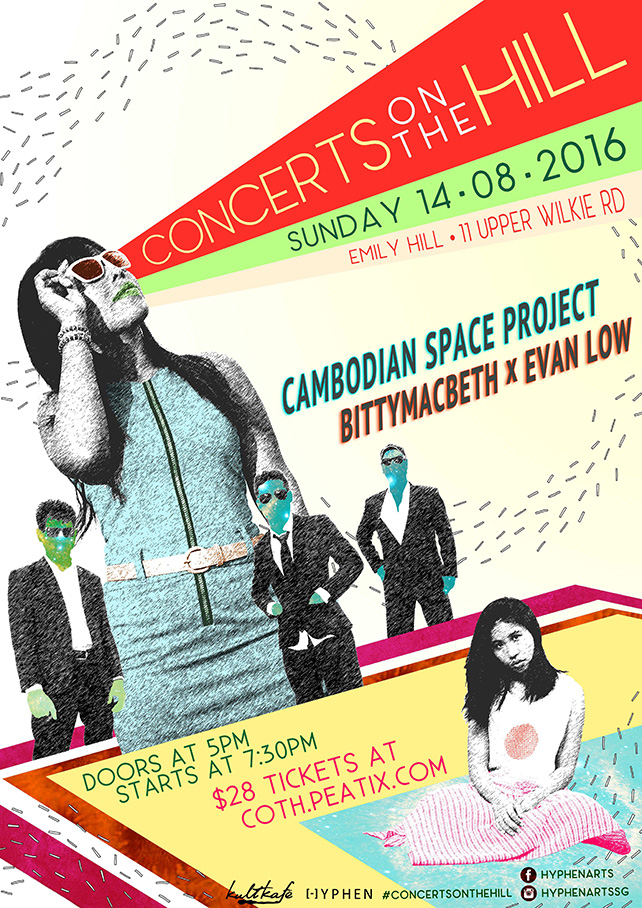 ‘Concerts On The Hill’ is a fresh quarterly live music series on the historic grounds of Emily Hill featuring an eclectic and dynamic line-up of local and regional music acts. The first gig in the series will kick-off on Sunday, 14 August with a two-part concert featuring bittymacbeth x Evan Low and the Cambodian Space Project.

Fresh off the release of her debut album ‘Beauty for Ashes’ which charted at #1 on the iTunes’ R & B/Soul chart, local soulful songstress and bassist bittymacbeth aka Beth Yap will collaborate with enigmatic producer Evan Low in an originals only set. Audiences can expect a set full of improvisation and live-looping, coupled with thought-provoking lyrics from this dynamic duo.

As part of the launch of the series, renowned blogger Jerome Lim will also engage the public with free walking tours to share the stories, tradition, historic significance and mystery of Emily Hill prior to the concert.