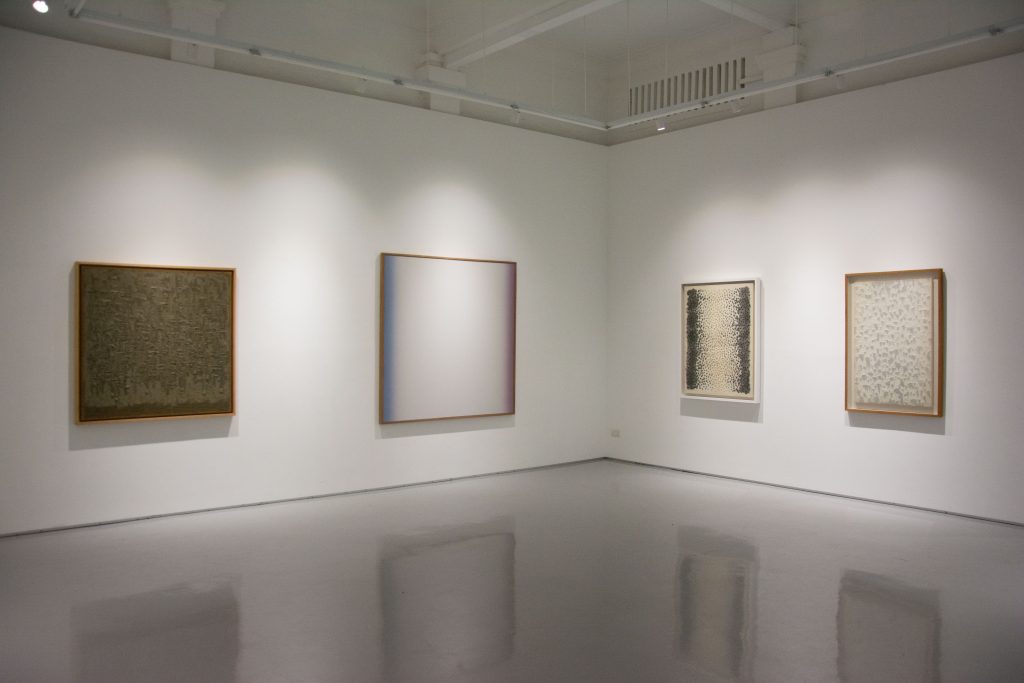 The Columns Gallery Singapore is delighted to present a group show of South Korean artists who pioneered the Dansaekhwa movement, including Yun Hyong Keun, Park Seo Bo, Ha Chong Hyun, Lee Ufan, Kwon Young Woo, Lee Dong Youb, Choi Myoung Young and Chung Sang Hwa. Documenting their life’s work from the 1970s to the present, this exhibition illuminates each of their unique colours and lines to showcase the versatility that spans the genre of Dansaekhwa.

Dansaekhwa, or “monochrome painting”, refers to a loose constellation of paintings that shared the aesthetic rubrics of a gestural, abstractionist approach and the use of neutral tones — such as white, black, brown and other earth-toned colours — from the 1960s and 1970s. These shades represent the native hues of Korea, commonly found on Silla vessels, Joseon white porcelain (​baekja​) or earthen walls. Dansaekhwa ​portrays the savoir faire of one group of Korean artists living in an era when the artistic narrative was centered on the West, when ‘action painting’ was emerging in the American contemporary art scene​. ​Without resorting to the accepted practice, they sought to find their own way of artistic expression while dextrously interweaving their cultural identity. ​The active nature of Dansaekhwa was reflected in the fact that artworks were referred to as ‘methods’ (​pangbop​), ‘meditational performances’ or ‘repetitive manoeuvres’. ​They considered the canvas a means to embody their pathos about life, and their physical acts — ranging from repetitive scraping, line drawing, colour washes, brushstrokes, and tearing of Korean hanji paper. Despite the disparities of methods and techniques employed by the different artists, Dansaekhwa shares a common ground of utter simplicity.

In 1975, their collective style gained international awareness through the exhibition ​Five Korean Artists, Five Kinds of White s​taged in the Tokyo Gallery. Since then, Dansaekhwa has been canonized as the face of Korean modernism, and has left a profound influence on the Korean artistic landscape. After some 40 years, global interest in the genre of Dansaekhwa has resurged, starting with the 2011 retrospective exhibition of Lee Ufan at the Guggenheim Museum New York and the ​Dansaekhwa: Korean Monochrome Painting e​xhibition organised by the National Museum of Contemporary Art Korea in 2012. Major international galleries and art fairs such as Frieze and Art Basel have successfully reintroduced the Dansaekhwa paintings to the global audience. With both critical acclaim and commercial success, Dansaekhwa is now perceived not only as an art movement confined to a certain region of the world, but a style that remains very much relevant in today’s contemporary art scene.

By: The Columns Gallery