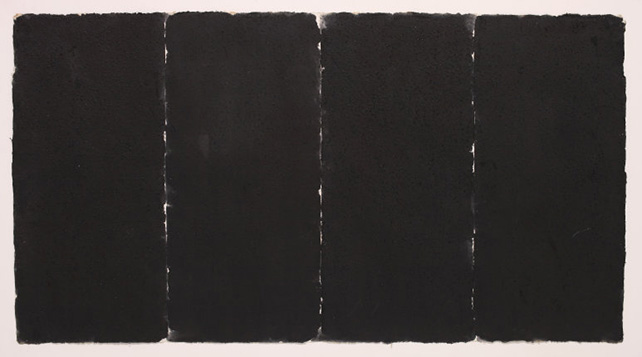 Dansaekhwa, initiated by a handful of artists introduced a rather radical way of presentation. Instead of representing the object, the Dansaekhwa artists employed a method that is described as ‘meditational performance’ or ‘repetitive manoeuvre’. The trace of their physical act, the recurring brushwork and repeated scraping or line drawing, for instance, were all collected on the canvas surface resulting in a body of work that appeared to manifest the breakup of established orders. It was in 1975 in Tokyo Gallery where their collective style gained international awareness through the exhibition Five Korean Artists, Five Kinds of White and since this show, Dansaekhwa was recognized as the first Korean art movement that earned global acclaim and which left a profound influence on the Korean artistic landscape.

After some 40 years, Dansaekhwa is brought once again under global attention. Starting with the 2011 retrospective exhibition of Lee Ufan at the Guggenheim Museum New York, the National Museum of Contemporary Art Korea organized Dansaekhwa: Korean Monochrome Painting the following year. Major international galleries and art fairs such as Frieze and Art Basel successfully reintroduced the Dansaekhwa paintings to the global audience. Winning both critical acclaim and commercial success, Dansaekhwa is now perceived not only as an art movement of a certain period in a certain region of the world but a style that is very much relevant in today’s contemporary art scene, further expanding its meaning and interpretation beyond the boundaries of the canvas and examined in broad historical context.

By: The Columns Gallery