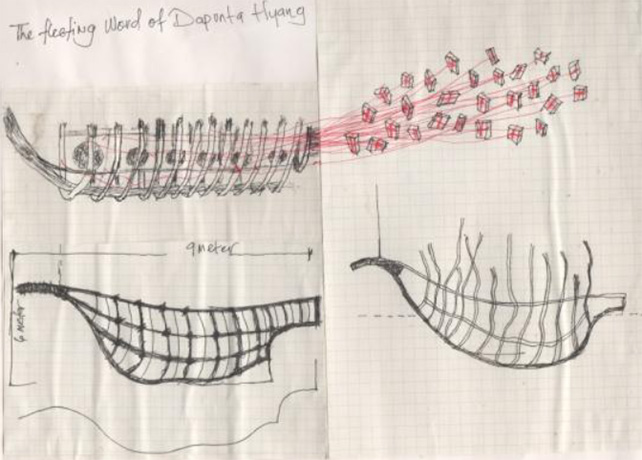 In collabration with Mohamad Riduan (Singapore)

Although the Malays are commonly associated with Islam, the religion was only introduced to the Malay archipelago in the 13th century. Today however, the minority who continue to practise their ancestral animistic beliefs face discrimination. The artist learnt about this when he witnessed the shunning of Orang Laut (sea gypsies) in Batam and Bintan Island by mainstream society, and the disappearance of the ancient Malay opera Mak Yong on Mantang Island.

Delving into the history of the pre-Islamic Melayu world, the artist learnt about the empire of Srivijaya (7th – 13th century) which began with visionary Malay king Dapunta Hyang Jayanasa who aspired to conquer Southeast Asia. It is said that King Dapunta, with 20,000 men, began his conquest in year 684 in a journey called Siddhayatra, and acquired the Straits of Malacca, the Sunda Straits, the South China Sea, the Java Sea and the Karimata Straits.

The artist found the story of Dapunta’s conquest fascinating. He envisaged a 7th century Malay Buddhistic/ animistic world where ships were vessels seeking power, fortune and magic power, each vessel a house of knowledge and a dungeon of death and torture. 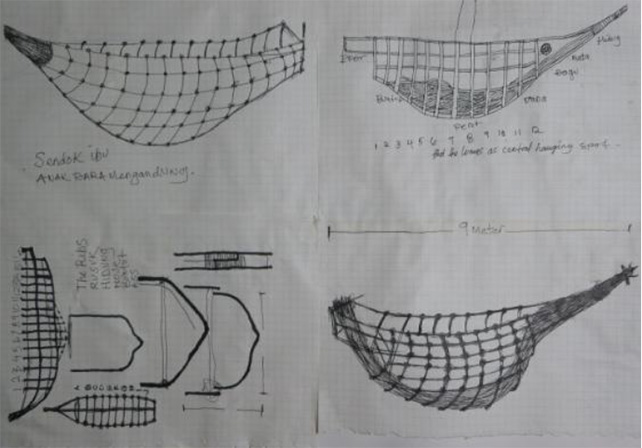 This installation explores the structure of warring ships in this region. For this purpose, the artist chose his own ancestry – Bugis of Makkasar – as the Bugis warlords were one of the most sophisticated ship builders, and chose the Phinisi boat – which combines the design of a fishing boat and a warring ship – as his inspiration.

The question remains: how did such an important part of history become obsolete and forgotten? The artist found poignancy in representing this with the ship dragging on pillars of books, each a vessel of the transmission of knowledge.

In conjunction with These Sacred Things.