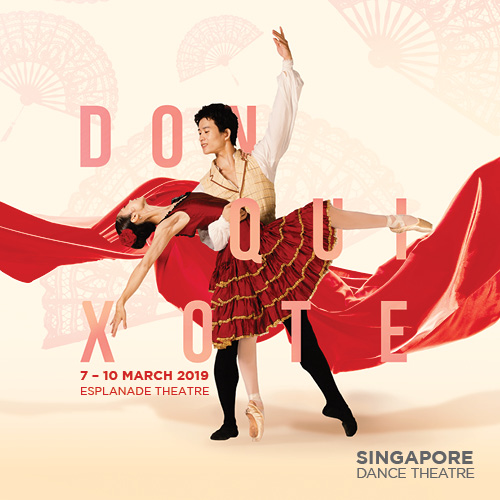 This dazzling, humorous and virtuosic ballet sets out on a series of chivalrous acts, whimsical twists, and proof that love conquers all. Accompanied by the Metropolitan Festival Orchestra, Don Quixote is a glittering showstopper, with sparkling technique and an incredible cast of toreadors, flamenco dancers, and dryads.

Set in Spain, Don Quixote tells a story of love, betrayal, and eternal devotion written by Miguel de Cervantes. Kitri has fallen in love with Basilio, a poor young barber. However, Kitri’s father has every intention on marrying her off to the wealthy fop, Gamache. In Kitri and Basilio’s attempt to run away, they meet Don Quixote, an old knight, and his faithful companion, Sancho Panza.

Don Quixote was first presented by Singapore Dance Theatre in 2014 and restaged in 2016. It has since been established as one of the “jewels in the crown” that we possess, and a ballet of the greatest joy and artistic sophistication to offer our audiences.

The ballet was magnificently staged by Cynthia Harvey, with sets and costumes by Bruce McKinven, in addition to Adrian Tan’s atmospheric lighting. Dance Europe gave Don Quixote the “Best Premiere” in their 2015 awards listing.