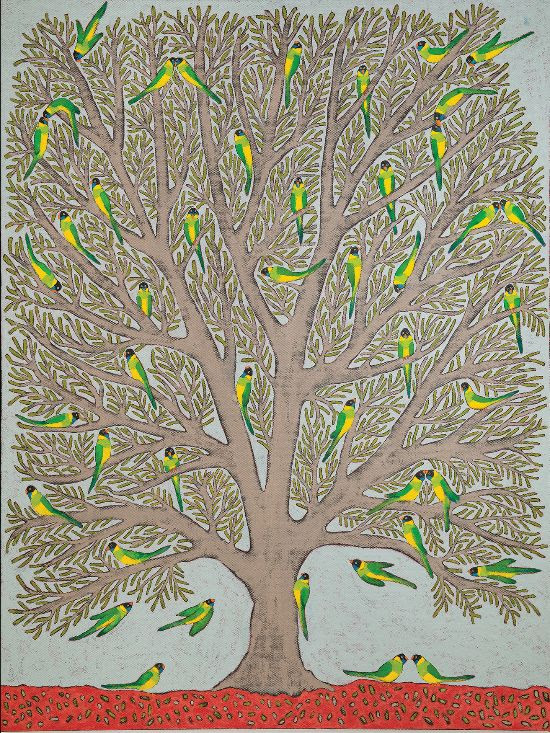 Draw the line is a collection of recent works by one of the galleries most important non-Indigenous artists, Marina Strocchi.

Strocchi studied art in Melbourne (1979-82) and spent time in the milieu of the ROAR studios in the early 1980s. She then had a two-year sojourn in Europe (mainly Paris), before returning to Melbourne to commence her social practice as an artist. She found herself in central Australia in January 1992. It was there that she began her first series of landscape paintings and returned to live at Haasts Bluff in August of that year. During the 1990s she worked closely with many of the Aboriginal artists who made central Australian desert art so well known in Australia and all over the world.

Since 2015, her work has grown in ambition while subjects initially becoming more domestic and internally focused and she is now one of Australia’s brightest talents exploring her vast experience across every genre of the Australian artistic landscape.