DROP: Beyond Boundaries. Looking Down on Art 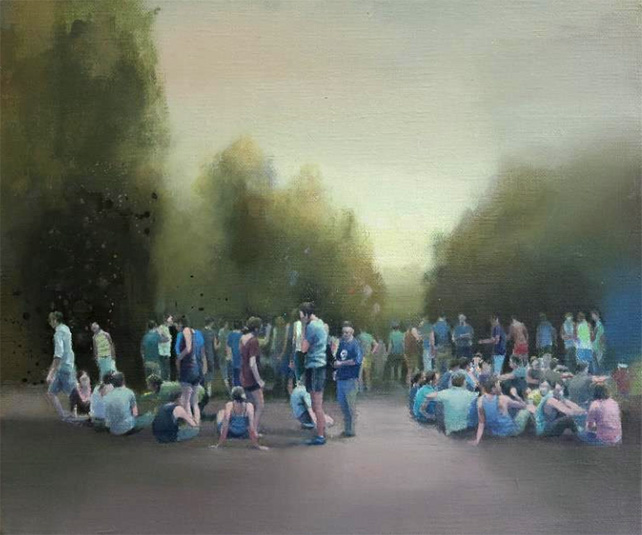 This exhibition presents a diverse range of artworks by 24 artists and 2 artist collectives from Great Britain,Japan, Ireland, Italy, Malaysia, Singapore and the United States of America. Working on a wide range of mediums, many of these artists often make work responding to a global environment that is culturally diverse and multifaceted. While some artists may question, and challenge the traditional notions of what art is, creating works that defies viewers’ expectations; there are those who view this crisis as opportunity to rejuvenate traditional crafts and art forms, employing old ways of seeing to depict modern themes that speak to the cosmopolitan society. The works on view ranged from the process-derived to the conceptual, from representation to abstraction and takes on a variety of format such as painting, photograph, collage, sculpture, installation and performance. A key concept to this exhibition is to have the artwork placed 13 centimetres above ground level. Like pitching a tent on the borderland where the moments of encounter begin below the comfort zone.