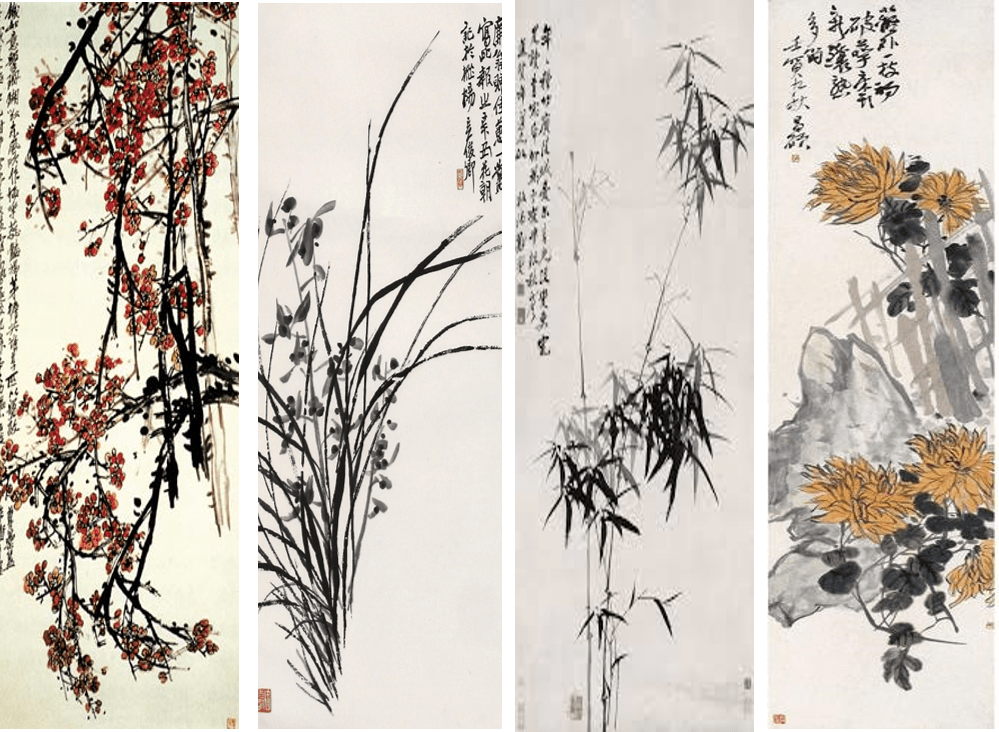 Beginning in the early 20th century, as western visual artists began to look further afield for new alternatives to express their creativity, they found inspiration in the essence behind the appearance of things that characterize traditional Eastern craftsmanship. Likewise, Chinese and other Asian artists who travelled to Europe and America at the time, picked up on oil medium and western aesthetics. The long-lasting dialogue between Eastern and Western artistic paradigms was established.

Chinese painting is one of the oldest continuous artistic tradition of the World and has been an integral part of the artistic East-Asian repertoire throughout history. This series will review the fundamentals of Chinese Ink painting while introducing acclaimed Chinese artists Wu Guanzhong considered the father of modern Chinese painting.

Session 1 – Tracing Chinese Ink
1 November 2020, by Gertrude Tan Yam Hua
The first session of the series will review the history and fundamentals of Chinese Ink practice focusing on ancient East-Asian “literati” also known as scholar painting, and its influence in Chinese ink aesthetics.

Session 2 – Wu Guanzhong – Master of Modern Chinese Painting
8 November 2020, by Tina Nixon
The second session will introduce the internationally acclaimed master, who is recognized as the father of modern Chinese painting, Wu Guanzhong. Wu, who was also an art educator and essayist, developed a unique style, synthesising the concepts and techniques of Chinese Ink and Western oil.