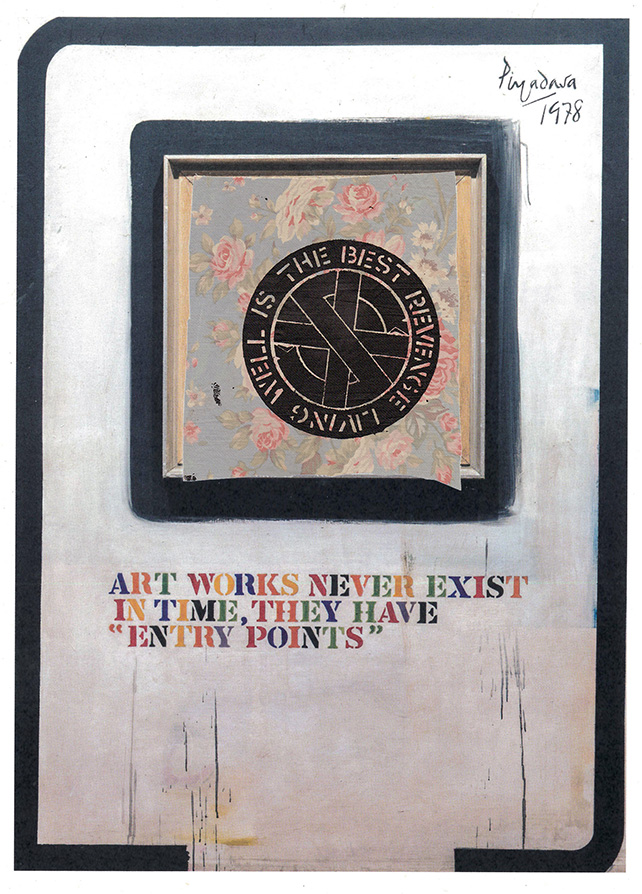 During the late 1960s and early 1970s, members of the performance art group EXIT, Penny Rimbaud & Gee Vaucher, turned to finding spaces and ways to create outside of the usual constraints of the gallery system and artistic conventions. This could be seen for instance in the framing of events such as the International Carnival of Experimental Sound at the Roundhouse in 1972, which was organized under the thematic banner of “Myth, Magic Madness and Mysticism.” Here can be seen an attempt to draw from ‘eastern philosophy’ (particularly Buddhism and Taoism) as a way to escape from the limitations of Western art practices and rationalities. There are interesting overlaps here with Redza Piyadasa and Suleiman Esa’s 1974 manifesto/exhibition catalogue essay “Towards a Mystical Reality” – though the difference being to find a way out of the constraints of modernist art practices and rationalities from different directions.

This talk aims to take up the statement from Piyadasa’s 1978 painting “Entry Points” – that art does exist in time but only has entry points. What entry points might we find in the resonances between different attempts to utilize conceptual and performative gestures as a way to escape from the constraints aesthetically and politically one is faced with? The guiding orientation here is not necessarily or even primarily art historical, but instead to find resonances between different responses to the particular historical and social situations, and what practices were developed out of the constraints they contained.