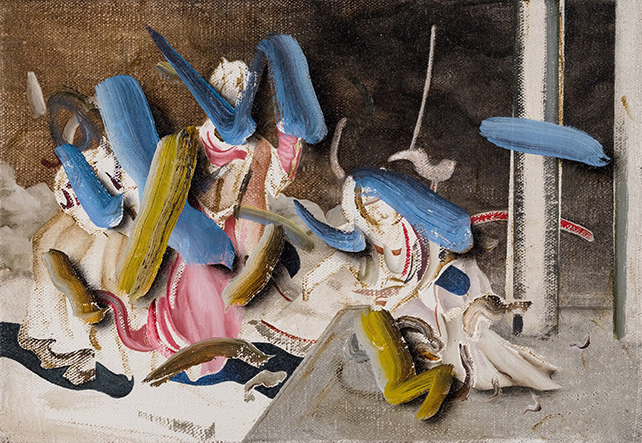 To welcome the prosperous new year as well as participate in one of the most anticipated annual events, Singapore Art Week, INSTINC Art Space will present the exhibition of “Everyman” from 25 to 27 January 2019. Curated by Patrice CHOU with introduction of three Taiwanese artists – CHIANG Chi-Ming, CHENG Nung-Hsuan, HUANG Yu-Chia, “Everyman” brings contemporary interpretation of the aesthetics of human figures and ordinary people by depicting artists’ observation of interpersonal relationship in the modern society through a variety of forms including wood sculptures, acrylic and oil paintings.

Starting from the perspective of human beings is the core concept of CHENG Nung-Hsuan’s focus of creation. Inspiration of classical paintings takes a significant part of his recent series. The dialogue between individuals and the Renaissance is opened through his deliberate juxtaposition and exploration of choices of colors and brushes, such as the unfinished contours and the fusion of objects and background. The use of seemingly familiar narrative pictures is fictional. Figures and objects are reorganized after dismantling through distorting, covering, dragging, etc., creating a quiet and mysterious ritual atmosphere, and revealing human desires and depressions in a fluid breathing state. CHENG Nung-Hsuan echoes the creation with the reality, intending to convey different possibilities of reading a painting.