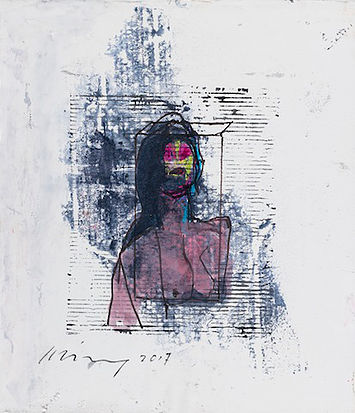 artcommune gallery is partnering with The Culture Story to present Flesh Matters by Wong Keen at Artspace@Helutrans Singapore from 12 – 22 July 2018. Featuring over 35 works from the New York-trained artist’s ‘Flesh Series’, the exhibition charts the latest exciting development in Wong Keen’s prolific career, which encompasses oil, ink, acrylic, mixed media, and collage works. Also on display is a mural-size painting that measures 305 by 610 cm. Titled, ‘The Aftermath’, its scintillating display of bold colours and narrative symbols — devised through the form and atmosphere of flesh — conveys the theme of warfare among other recurring threads in the series. The exhibition is accompanied by a full-colour catalogue with an essay contributed by Ms. Lee Chor Lin, former Director of the National Museum and the CEO of Arts House Limited.

With an expansive selection of works on canvas and paper on display, Flesh Matters is the first major solo exhibition by the artist dedicated to showcase a singular series, which began in 2012 during an artist’s residency in Caochangdi, Beijing. Wong Keen’s highly-stylised images of the burger, the butcher shop and the nude that are produced between the period of 2012 to 2018 reflect not just dynamic pictorial variations but wide-ranging techniques and mediums.