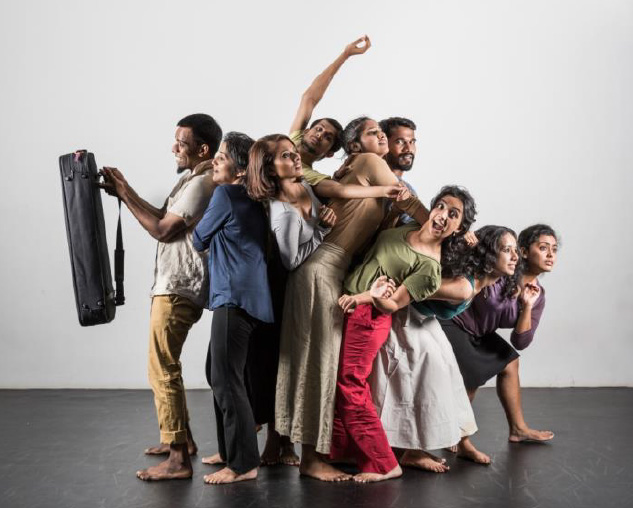 Have you ever watched strangers on the street and wondered what their lives might be like? What are the stories behind their actions and movements? And how might you be connected to them in this great big world?

In 1992, experimental Austrian dramatist Peter Handke (Offending the Audience, Wings of Desire) premiered The Hour We Knew Nothing of Each Other, a one-act wordless play about the things that happen in a day at an unspecified town square. The 105-minute piece, which consisted of 450 characters played by 27 actors doing absurd actions and movements, was a phenomelogical exercise in the first-person experience: people-watching.

In Raka Maitra’s latest production, the dancer-choreographer takes inspiration from Handke’s landmark work to the railway platform, melding dance and theatre into a series of wordless movements based on everyday gestures, filled with strong imagery and fleeting glimpses of stories.