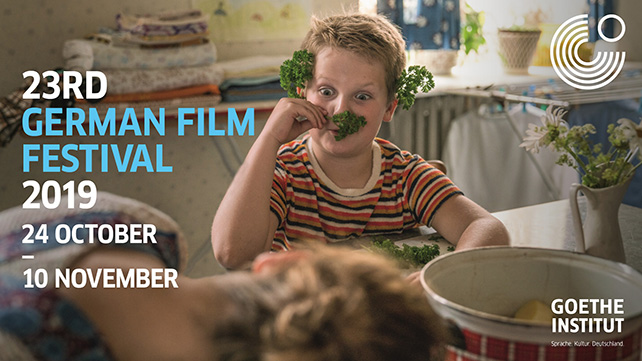 Films about self-determination, diversity and social awareness are the focus of the 23rd German Film Festival (GFF) this year. Presented by the Goethe-Institut Singapore, 20 films – ranging from drama and documentaries, to comedies and family films – will be screened from 24 October to 10 November 2019.

According to the Festival’s curator, Mr Andreas Struck,

“In times when a fear of the unknown leads people to treat others in a dehumanising manner, when self-aggrandisement and claims to power storm past dignity and mindfulness, and when greed is suffocating our planet, we need films that take a stand but also remember to dream as they do so.”

The GFF opening film All About Me is an award-winning story of the German entertainer and comedian, Hape Kerkeling, who overcomes great personal tragedies from his childhood. The narrative is compelling, as it is based on the biography written by the entertainer himself, charting his childhood in the Federal Republic of Germany in the 1960s and 1970s. It is the long-awaited new film by director Caroline Link, who won the Academy Award for Best Foreign Language Film in 2003 for Nowhere in Africa (2001). All About Me has been awarded recently with the Bavarian Film Awards and the German Film Awards.

For more information about the Festival, please visit http://www.goethe.de/singapore/GermanFilmFestival.