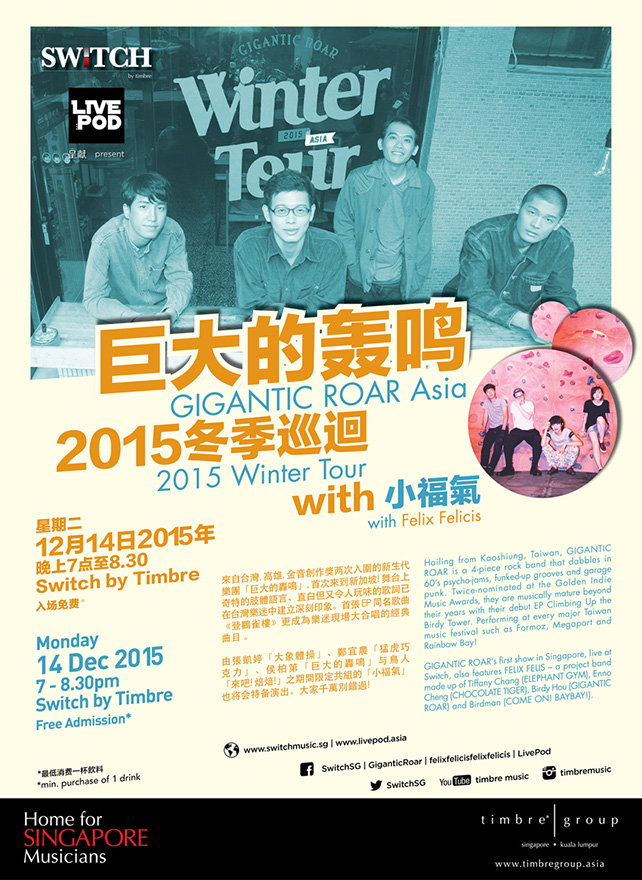 巨大的轟鳴 Gigantic Roar debuts in South East Asia with 3 shows, and Singapore to be the final stop of its Asia 2015 Winter Tour!

Though quite a young band, this four-piece has graced all major festival grounds in Taiwan with their smooth 60’s psych-jams, funked-up grooves and some garage-punk thrown in ‘just for the hell of it!’.
​
Their first EP “Climbing Up the Birdy Tower” was released in 2014, and Gigantic Roar was nominated twice by Golden Indie Music Award for “Best Live Performance” in 2014 & 2015, clinching the award only recently. Watch out for its new album, to be released in Spring 2016!