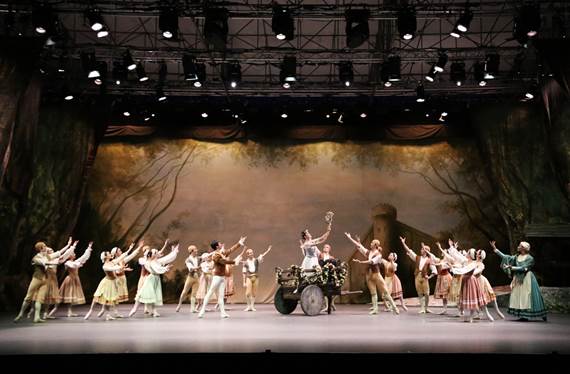 Singapore Dance Theatre (SDT) celebrates 30 years of traditional and modern choreography with the opening of a great romantic ballet, Giselle from 12 -15 April. For the first time, Giselle will be performed at the Esplanade Theatre.

Drawing audiences into a work that embodies elements of the Romantic period, Giselle is a ballet filled with thrilling, mysterious and captivating beauty. As breath taking as it is heart-breaking, Giselle tackles the gamut of human emotions, delving into the darker shades of humanity, including elements of madness and revenge, thus making many critics refer to Giselle as ‘the Hamlet of ballets’.

“Giselle has established itself to be one of the greatest romantic ballets in history. First created for The Paris Opera Ballet in 1841, it was first seen in performance by Singapore Dance Theatre in 1999, with a staging by Jean Pierre Comelin. Giselle has been presented in several seasons following but, most recently, as part of our Ballet Under the Stars season in 2013. The staging has been revamped over its performance history to keep current with the strength of the company. In many ways, Giselle, with its dark gothic scenes and supernatural plot of ghosts and unrequited love, is an unlikely ballet to have become so beloved and have had such an enduring legacy,” says Artistic Director Janek Schergen.