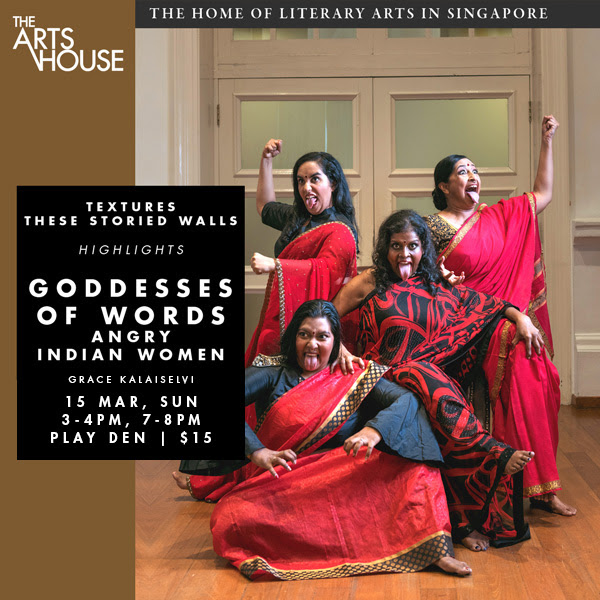 Angry Indian Women is the second devised play in the Goddesses of Words series, this time with poems by Singaporean poets Deborah Emmanuel and Pooja Nansi. Identity and anger were the obvious key themes this time round. Looking at identity from a racial, cultural, physical, intellectual, financial and sexual perspective, speaks a lot about how categorizing someone’s identity can be positive or destructive. When one speaks up against identity bullying, they are deemed angry beings. For the Indian female, the anger suppression starts young which is in contrary to the many angry Indian Goddesses that we have. Come and experience, our angry Indian women’s encounters.

Written and Directed by Grace Kalaiselvi
Performed by Mumtaz Maricar, Pramila D/o Krishnasamy and A Yagnya