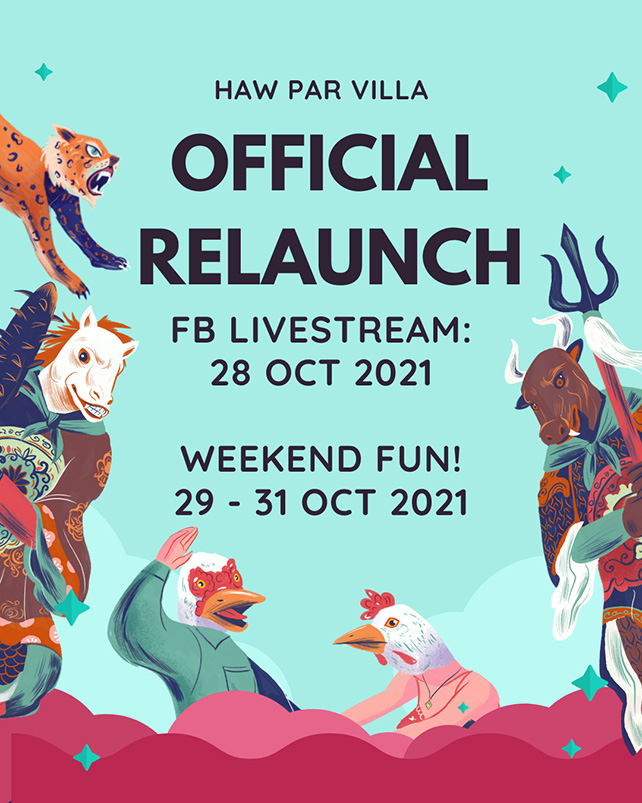 Haw Par Villa, Singapore’s longest-running cultural theme park, is set to officially relaunch on Thursday, 28 October 2021, with the opening of Hell’s Museum, the only attraction in the world dedicated to death and the afterlife. The Museum will be open to the public from Friday, 29 October 2021. The opening weekend, 29 – 31 October, will be packed with a series of events and activities, ranging from Chinese ink-painting workshops and yoga under the stars, to guided park tours and Halloween-themed picnics. Journeys, an award-winning, Singapore-based heritage specialist is focused on reimagining much-loved historical sites, such as Changi Museum and Battlebox, and is the current management team at Haw Par Villa.

The newly opened Hell’s Museum provides unique comparative insights on how death and the afterlife are viewed and interpreted across religions, cultures, and the ages. The immersive exhibition features specially commissioned videos and multi-media elements that will offer visitors a better understanding of the commonalities across the world’s major belief systems – and how different communities around the world, as well as in Singapore, draw meaning from death and dying. Stretching over 3,800 sqm Hell’s Museum also serves as a prelude to Haw Par Villa’s world-renowned Ten Courts of Hell, based on Taoist and Buddhist teachings of punishments in the afterlife.