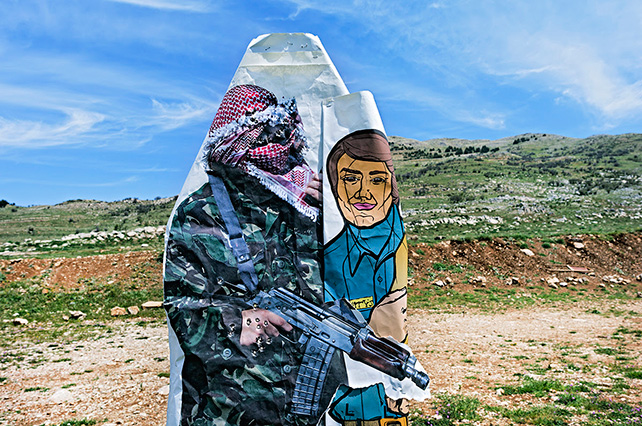 Herlinde Koelbl is one of the major political photographers in Germany. Her photographs are engaged and thoughtful confrontations with political and social issues, where Koelbl combines a journalistic documentary approach with high artistic standards in a way that is uniquely her own.

For years Herlinde Koelbl travelled around the world, and in a total of thirty countries, made photographs of the military targets used in the training of soldiers. As icons with which the various armies of the world learn the craft of war, everyone considers himself to be on the right side. In the reality of war, the soldiers themselves are always ultimately the target.

For Koelbl, it was thus obvious that exhibited beside the mechanical targets are portraits of the soldiers – for they are the living targets.