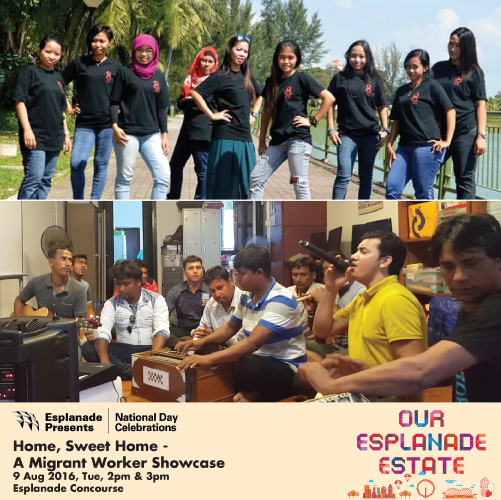 Angelina Choo is the Director of Urban Music Productions where she is a vocal trainer, director and producer. Her work in singing and training, a cappella performance and early childhood and general music has allowed her the opportunity to work with students and singers aged 2–90. She does a lot of work at the community level with children’s choirs, senior choirs and now a chance to contribute towards the migrant worker population in Singapore. She is also the founder of The A Cappella Society, where she has had the privilege to help build and educate the local community, and is now the co-founder of the newly minted Waterloo International Children’s Choir.

Hailing from a proud lineage of musicians, Nawaz Mirajkar began playing the tabla at the age of seven under the tutelage of his father, Ustad Mohammad Hanif Khan Mirajkar.

A Guinness Book record holder for drumming non-stop for over 27 hours, he was featured in Kaatril Oru Geetham, a television programme which aired on channel Vasantham in 2013, in which he travelled across various states of India for inspiration and created a composition based on his experience and interpretations.

As a composer and conductor, he has worked on diverse productions, including Damaru, Water, Taal Express and Anthar Agni, which highlight his versatility and talent in blending traditional Indian classical and folk music with motifs and rhythms from different world music cultures.

When he is not performing, he is inspiring a young generation of aspiring percussionists at the Temple of Fine Arts (Singapore), where he has been a tabla teacher since 1996, and at SOTA (School of the Arts Singapore) where he is an adjunct teacher.  Nawaz is a recipient of the National Arts Council’s Young Artist Award.